Before the Golden Age-Ralph Milne Farley


Ralph Milne Farley was the pen name of Roger Sherman Hoar, a New Englander descended from a very prominent family, champions of the law and of freedom in every generation. Roger Sherman Hoar was born on April 8, 1887, in Waltham, Middlesex, Massachusetts. His father was Sherman Hoar (1860-1898), a lawyer, a U.S. Representative, and a U.S. District Attorney. He was also the model for the statue of John Harvard at Harvard Yard in Cambridge. Sherman Hoar's father was Ebenezer Rockwood Hoar (1816-1895), a lawyer, politician, judge, and attorney general of the United States under U.S. Grant. A Conscience Whig, Hoar helped found the Free Soil Party before the Civil War. Ebenezer Rockwood Hoar's father was Samuel Hoar (1778-1856), a lawyer, politician, and Massachusetts commissioner to the slave state of South Carolina. His wife, Sarah Sherman (1785-1862), was the daughter of Roger Sherman (1721-1793), one of our Founding Fathers. According to Wikipedia, Roger Sherman was "the only person to sign all four great state papers of the [United States]: the Continental Association, the Declaration of Independence, the Articles of Confederation and the Constitution." His great grandson, Roger Sherman Hoar, was named for him and carried on the family tradition of an active life in law and governance. There are other well known Hoars and assorted Hoar relatives. You can read about them in varied places. We learn from E. Hoffman Price that the surname was pronounced "Ho-ar," "with an ever so slight yet unmistakable severance." Or at least that's how Mrs. Hoar pronounced it. (1)

Once you get past Wikipedia, there is precious little on Ralph Milne Farley on the Internet, at least that I could find. I won't go over the same ground as Wikipedia (with one exception). According to the Internet Speculative Fiction Database and the online Encyclopedia of Science Fiction, Farley's first genre fiction was "The Radio Man," a serial that began in Argosy All-Story Weekly with the June 28, 1924, number. A planetary romance in imitation of Edgar Rice Burroughs, "The Radio Man" was followed by "The Radio Beasts" (1925), "The Radio Planet" (1926), "The Radio Flyers" (1929), and many more sequels. The "Radio Planet," by the way, is Venus, and the "Radio Man" is Farley's hero, Myles Standish Cabot. Like his creator (and his creator's pseudonymous persona), Cabot has three names and is named after a prominent New Englander. H.P. Lovecraft would have been happy.

In one way or another, Roger Sherman Hoar went from elite Massachusetts to beer-making Milwaukee as a corporate attorney for Bucyrus-Erie, a manufacturer of earthmoving equipment. (2) Not all was lost, however, because "Hoar joined the Milwaukee Fictioneers, whose members included Stanley G. Weinbaum, Robert Bloch, and Raymond A. Palmer." (3) When Ziff-Davis purchased Amazing Stories in 1938, Hoar was offered the position of editor. Instead, he recommended Ray Palmer for the position, thus assuring that people would one day know about Deros and flying saucers.

Hoar was a prolific author and had an unusual career writing for magazines as varied as Argosy All-Story Weekly and True Gang Life. He wrote eleven stories for Weird Tales between 1930 and 1943. I haven't read any of these stories except for "The House of Ecstasy," which is, strangely enough, told in the second person. There are a couple of interesting titles in the list below. "Abductor Minimi Digit" must refer to a muscle, but I can't help thinking of Dr. Evil's diminutive offspring when I read that title. "Test Tube Twin" seems to be a prescient title--a real test tube baby would have to wait for almost forty years before being born. Finally, there is "I Killed Hitler," an intriguing title that sounds like a confessional or like a story from a men's magazine from the 1960s.

Roger Sherman Hoar had a heart attack in 1951 but held on to retire in 1960. He died three years later, on October 10, 1963, in South Milwaukee. E. Hoffman Price remembered him:

Roger Sherman Hoar, also known as Ralph Milne Farley, lived a life so diversified in its material aspects that when he wrote, it was truly for the fun and the love of it, so much a recreation that he never wailed about editorial blindness, stupidity, bias, or commercialism. A true amateur, he didn't give a damn what editors were, or what they did.

Memories of such as RMF are the reward of my years. (4) 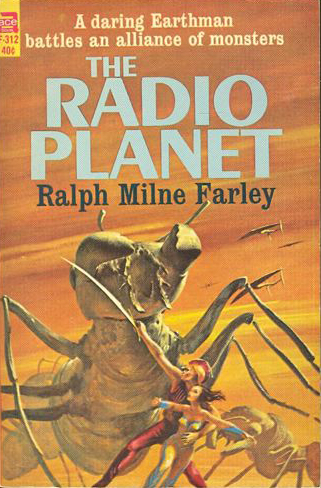 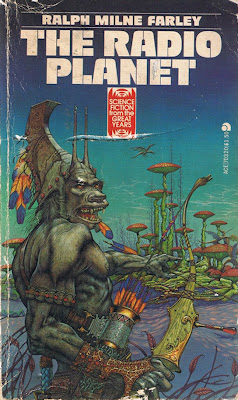 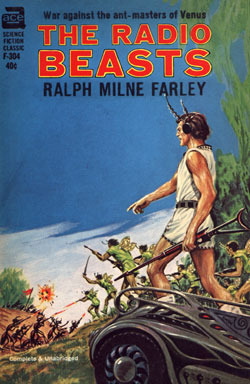 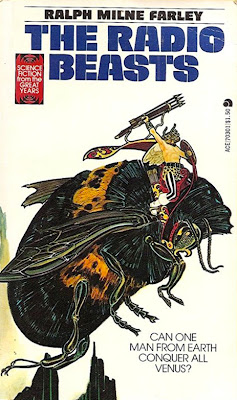 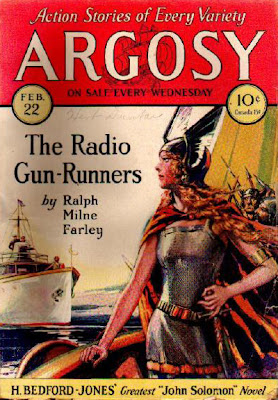 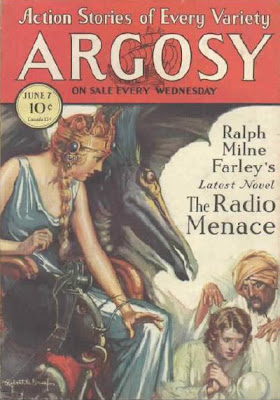 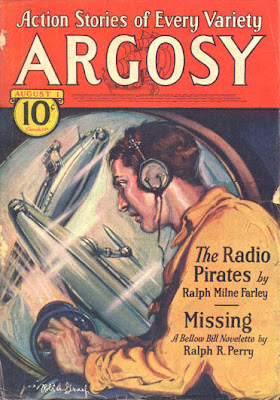 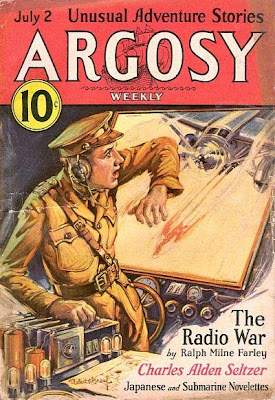 Email ThisBlogThis!Share to TwitterShare to FacebookShare to Pinterest
Labels: Authors, Authors of the Golden Age of Science Fiction, Raymond A. Palmer