Ten Tales Calculated To Give You Shudders, edited by Ross R. Olney (1972)


If you grew up any time from the 1940s to the 1970s, you probably remember reading Whitman Books. They were inexpensive hardbound books for children issued by Western Publishing Company of Racine, Wisconsin. The paper is not very much different from that used in pulp magazines. Even Whitman Books from the 1970s have tanned or yellowed with age. Many from the 1940s are brittle and on the verge of falling into pieces. The typical Whitman Book is one of a series starring characters from the comics, movies, or television. Fans of Weird Tales will like Ten Tales Calculated To Give You Shudders, from 1972. The cover art is by Gordon Johnson (1924-1989). Inside are ten stories selected by Ross R. Olney, with his introduction. Four are from Weird Tales. 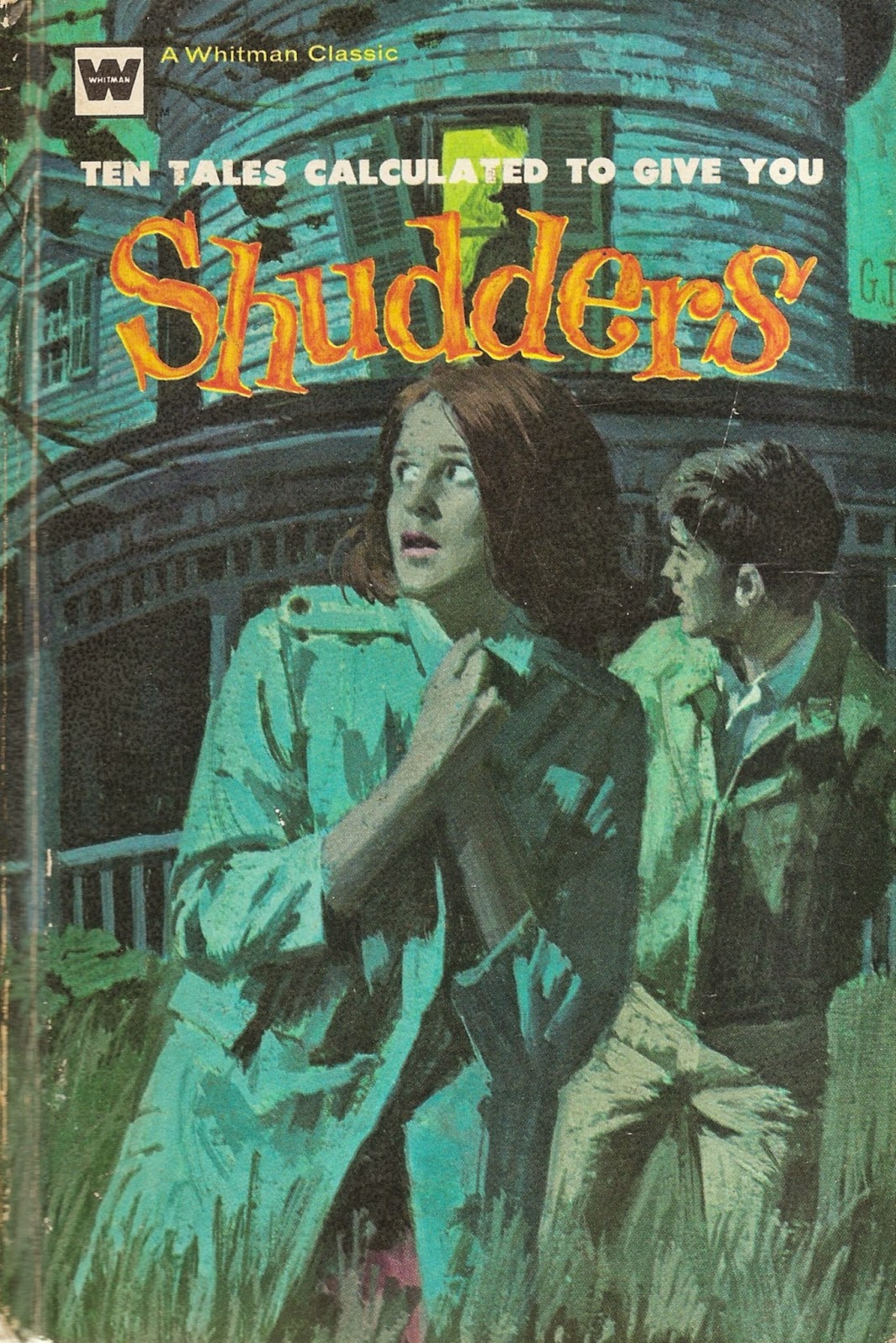