Yesterday was golden under the sun and in the mild and breezy air. Light and atmosphere had a rare pure-and-crystalline quality. There were redstarts in the woods, flitting among low branches and not-yet-leaves just emerging from broken buds. There were scarlet tanagers, too, back in the Midwest after their winter run to South America. The showy orchis was just coming into bloom. Its emerging color has been foretold for weeks by the flowering of profusions of wild sweet William. People are out and cars are on the road. We saw a group of teenagers meet up at the start of a dirt road in their four-wheelers and mud buggies. A girl took a drag from a cigarette offered by her friend before getting on again. They all laughed and talked and were off, up the valley and on to a few moments of fun, taken, not seized, before a looming adulthood comes down to meet them. Later there was a barge boat on the river, plying its waters and pushing a half dozen great trays of cargo in unexpected quiet and serenity towards some port unknown to me. There is something still going on in America despite a winter of travail, fear, and anxiety.

Imagine another spring seventy-five years ago today when the world woke up, not so much from history as from a hateful, nightmarish vision of the future. For six years it had lived in the darkest of winters and now it was spring. For too long it had been a dismal black-and-white world and now there was color again--the colors of a new season. For a few moments, there was among the good people of the world a kind of joy and happiness seldom experienced in history. Nightmarish visions and fanaticism would return soon enough.

There are patterns of force in the world. Science fiction, a lowly form, has recognized that. Dystopia falls within the genre. In 1949, just four years and a month after V-E Day, George Orwell's seminal dystopia 1984 came out. Here is a prescient quote, put into the mouth of O'Brien, tormenter of Orwell's protagonist, Winston Smith:

"The Party seeks power entirely for its own sake. We are not interested in the good of others; we are interested solely in power, pure power. What pure power means you will understand presently. We are different from the oligarchies of the past in that we know what we are doing. All the others, even those who resembled ourselves, were cowards and hypocrites. The German Nazis and the Russian Communists came very close to us in their methods, but they never had the courage to recognize their own motives. They pretended, perhaps they even believed, that they had seized power unwillingly and for a limited time, and that just around the corner there lay a paradise where human beings would be free and equal. We are not like that. We know that no one ever seizes power with the intention of relinquishing it. Power is not a means; it is an end. One does not establish a dictatorship in order to safeguard a revolution; one makes the revolution in order to establish the dictatorship. The object of persecution is persecution. The object of torture is torture. The object of power is power. Now you begin to understand me."

That same year, East Germany, a worthy successor to Nazi Germany, was established, and communists came to power over all of mainland China: although the fanaticism of national socialism had been laid to waste, its international twin was thriving and growing, even unto today, spawning diseases of the mind and now of the body.

The events of the Second World War resonated for decades after its end. Although today its sounds have almost ceased, Nazis have run through popular culture from the 1940s into the present, including in science fiction, from high points (The Man in the High Castle by Philip K. Dick, 1962) to low (They Saved Hitler's Brain, 1968). On February 16, 1968, NBC-TV broadcast "Patterns of Force," a second-season episode of its popular series Star Trek. If you're a fan, you know the episode by its title. If you're not, you might call it "the one with the Nazis." In "Patterns of Force," a member of the Federation, John Gill, has been set up as the dictator of a planet run by new Nazis. In actuality, Gill is incapacitated: he has been drugged up and is merely a figurehead. The power behind the throne--actually an office chair--is Melakon, played by Skip Homeier, who, strangely enough, had played a Nazi Youth nearly a quarter-century before in Tomorrow, the World! (1944). Needless to say, the crew of the Enterprise helps to bring down the new-Nazi regime on the planet Ekos and hope is restored to its oppressed peoples.

We're now in an election year and a pattern--call it a prediction if you want--is being repeated. The pattern--or prediction--is from science fiction, specifically from Star Trek. Don't mistake my meaning by believing anything different. (My own prediction is that some of you will anyway.) The pattern/prediction is this: one of our major political parties is planning to nominate and hoping to elect John Gill to the presidency. He will be incapacitated of course and merely a figurehead. Real power will be held by his Melakon. So who will that be? A person or the party? The party, I suspect, one that "seeks power entirely for its own sake," for as George Orwell saw, "[t]he object of power is power."

I guess this scheme isn't exactly unconstitutional, but as some have sensed, most famously the Austrian logician and mathematician Kurt Gödel, the U.S. Constitution may have loopholes in it that allow for the establishment of a dictatorship, or at least of some oppressive form of government. In any case, it's a terrible, frightening scheme and it's hard for me to believe that any otherwise decent person would go along with it. But some will. In the end, we won't have John Gill as our president, but the fact that there are people planning for such a thing should give us all the shivers. It's springtime, people--springtime for us--and no time for shivers. 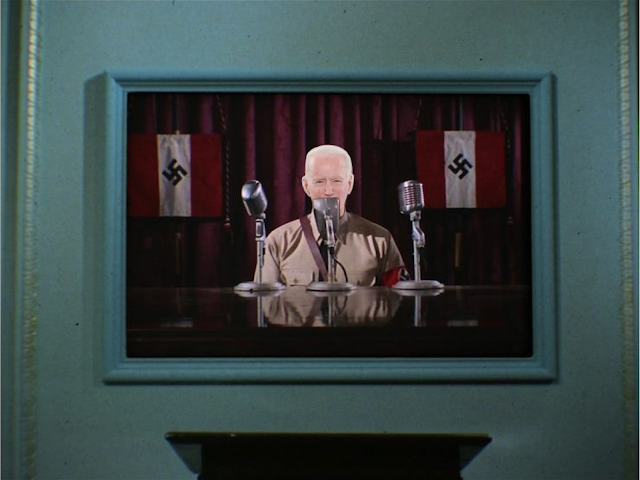 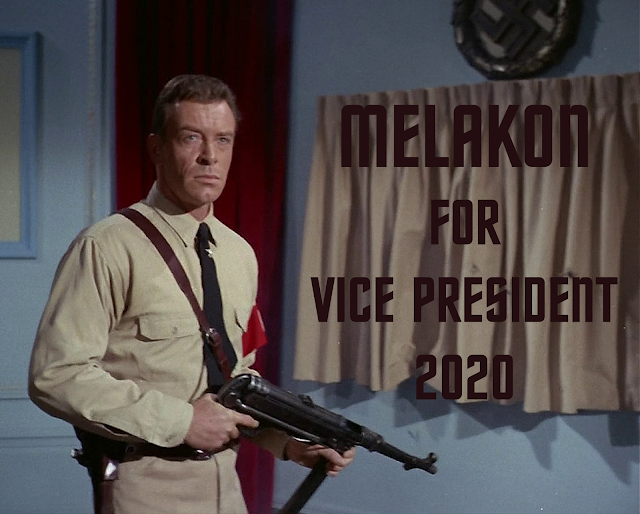