Albert Bigelow Paine, biographer of Thomas Nast, Mark Twain, Lillian Gish, and Joan of Arc, was born on July 10, 1861, in the old whaling city of New Bedford, Massachusetts. As a child, he lived far from the sea in Bentonsport, Iowa, and Xenia, Illinois. He learned photography in St. Louis, worked as an itinerant photographer in the South for three years, and dealt in photographic supplies in Fort Scott, Kansas. After receiving an encouraging letter from Richard Harding Davis, editor of Harper's Weekly, for a story Paine had submitted to the magazine, Paine returned to the East. He became a full-time writer and would remain in the East and in Europe for most of the next forty years.

Paine wrote novels (The Bread Line [1900], The Great White Way [1901]), travel books (The Car That Went Abroad, The Ship Dwellers, and The Tent Dwellers), and children's books (series on The Arkansaw Bear and The Hollow Tree). He also authored skits, sketches, verse, humorous pieces, and of course works of fantasy. Paine was most well known for his biographies, the first being Thomas Nast: His Period and His Pictures (1904). On the strength of that book, Paine was selected by Mark Twain to be his biographer. Paine lived and traveled with Mark Twain for four years and completed a three-volume biography, plus three other shorter biographies and a collection of Twain's letters. Paine also wrote biographies of Lillian Gish, Captain Bill MacDonald of the Texas Rangers, and New York banker George F. Baker. Paine's two biographies of Joan of Arc earned him the title Chevalier in the Légion d'honneur from the French government. Paine also served on the Pulitzer Prize committee for many years.

Albert Bigelow Paine appears to have been the originator of the phrase "the great white way," though not as applied to Broadway. Paine used the phrase instead for his novel of a Utopian lost world located in the Antarctic. Paine also wrote a fantasy called The Mystery of Evelin Delorme: A Hypnotic Story, published in 1894. His lone story published in Weird Tales came in Sam Moskowitz's 1973-1974 revival of the magazine. It's entitled "The Black Hands," and it concerns a white man who--through a train wreck--becomes "as black a negro who walks the earth to-day!" Paine's story was a remarkable treatment of race in the age of Jim Crow and came a full fifty years before integration and the civil rights movement in America. 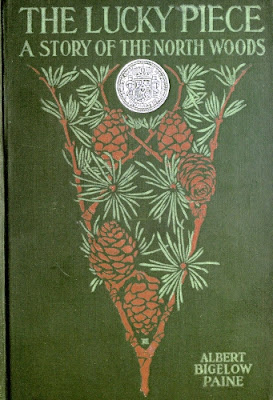 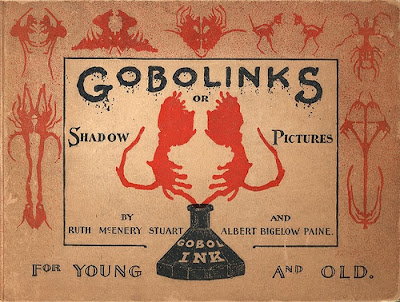 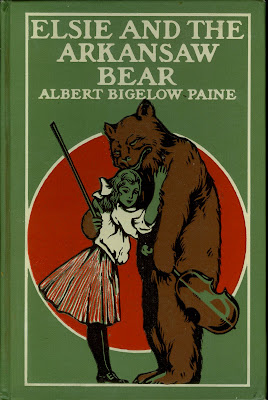 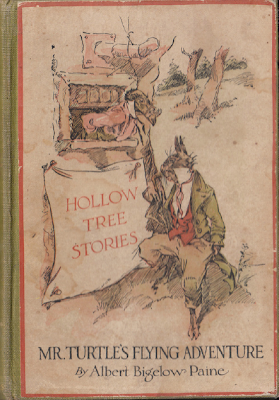 Search for Albert Bigelow Paine on the Internet, and you will likely come up with results in two categories: Mark Twain and children's books. There's no shortage of information on Twain, so I thought I would show some of Paine's storybooks for children.