In The Citadel of Fear (1918) and "Unseen-Unfeared" (1919), Francis Stevens made what may have been her closest approach to what is now called dark fantasy. It's probably no mere coincidence that both stories were published in late 1918 as the Great War was coming to an end and early 1919 as peace was being made. The war was of course a nightmare and a disaster. You could not have blamed a sensitive artist for reflecting horrors upon her world. But Stevens chose a different way: love over hate, goodness over corruption, light over darkness. There can be little doubt that Francis Stevens was not the creator of dark fantasy. To say that she was seems to me a twenty-first century and very academic conceit.

"The Elf Trap" is only further evidence that Francis Stevens was a teller of bright rather than dark tales. It was first published in Argosy, July 5, 1919, and reprinted in Fantastic Novels Magazine for November 1949. It's a long short story of twenty-one pages in The Nightmare and Other Tales of Dark Fantasy (2004) but one of the simplest of Stevens' stories to date. The structure of the story is somewhat complex however. In reading her work, I have come to expect that. Built like a puzzle box or assembled like a set of nesting wooden dolls, it includes a double framing device and the voices of two narrators. Relativity was in the news in 1919. Analytic cubism was a leading movement in art. It's no wonder that stories told from multiple viewpoints would make their way into modern literature. One of John Dos Passos' trilogy U.S.A., a modernist work to be sure, was in fact called 1919. That was no coincidence, either. Anyway, as you read "The Elf Trap," you wonder how this story will work itself out, where lies reality, and how a man's death can make for a happy ending. That ending is a mild surprise, and the story itself is a pleasant reading experience. I might add that it could have been written only by a woman.

"The Elf Trap" takes place mostly in the mountains of North Carolina, where the main character, Theron Tademus, has gone for some much needed rest. Francis Stevens had a way with proper nouns, and there seems to be some deeper meaning in the man's name. If there is, it remains hidden to me. Nearby Tademus' mountain cabin is an artist's colony called Carcassonne, another name that seems meaningful, maybe by association with the city Carcosa, from the works of Robert W. Chambers. (The King in Yellow was published in 1895, the year of Gertrude Barrows' golden age of twelve.) Unlike most of Francis Stevens' other stories, "The Elf Trap" is a simple fantasy. On the other hand, it involves a kind of dream-vision or altered state of consciousness or reality, and so keeps with that recurring theme in her work.

"The Elf Trap" reminds me of Brigadoon in that an ordinary man undergoes an extraordinary experience upon encountering a magical village and its magical people. The man, Tademus, is a scientist and so rational, materialist, and disengaged from living among humanity, whom he finds ugly and repellant. He has no appreciation for or understanding of art. He has never danced nor loved. Theron Tademus doesn't know what Francis Stevens has in store for him.

In "The Elf Trap," Tademus travels beyond the veil of hard reality into the deeper reality of the spirit. It is a love story in which love and art triumph over science and materialism. Love comes in the form of Elva, a young woman who wears a scarf of sky blue and adorns herself with yellow honeysuckle. For a week, Tademus escapes from his mundane life into her magic. He is called back by his love of science. (He is a microbiologist studying the local protista.) Elva responds:

"You are all alike!" she cried. "All! You talk of love, but your love is for gold, or freedom, or some pitiful, foolish nothingness like that speck of life you call by a long name--and leave me for!"

Tademus returns to his life in science. What he doesn't know is that Elva and her people have fashioned an elf trap for him. He can escape from it once, but he will be caught again, and so Theron Tademus is saved from science and for love and art.

Hardly the stuff of dark fantasy. 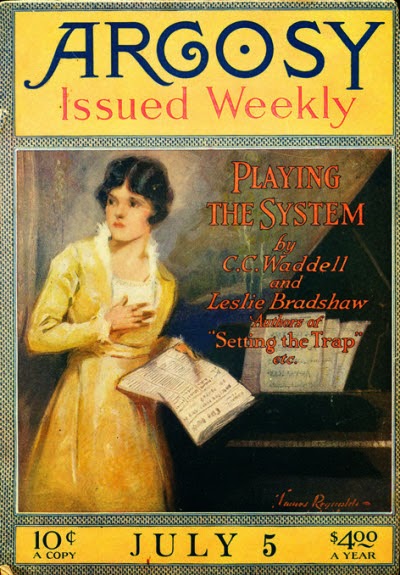 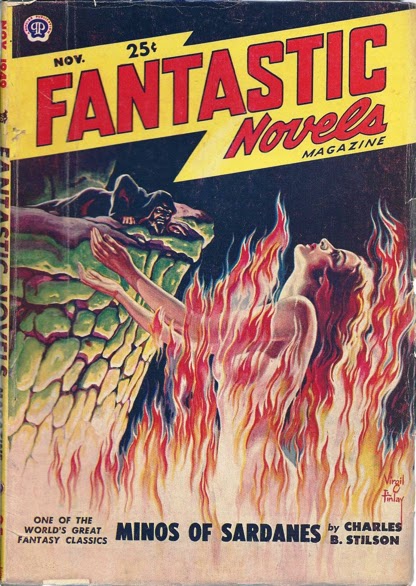