Songs and Echoes by the Sea

It was many and many a year ago,
In a kingdom by the sea,
That a maiden there lived whom you may know
By the name of Annabel Lee;
And this maiden she lived with no other thought
Than to love and be loved by me.


When we were young, we played the album Concert by the Sea by Erroll Garner. The record is from 1955. It was recorded in Carmel-by-the-Sea, a city south of San Francisco and onetime home to George Sterling, Jack London, and other literary greats. Concert by the Sea opens with a stirring, driving song, "I Remember April." I will always remember the surprise and pleasure of the crowd when, after Garner's introduction, they recognize the tune of "I Remember April."

Erroll Garner's most well-known composition is "Misty." Johnny Mathis helped make it famous, as did Clint Eastwood in his 1971 directorial debut, Play Misty for Me. The version played repeatedly in the movie is Garner's. Johnny Otis and Cannonball Adderly appear in the film as well. They were filmed live at the Monterey Jazz Festival in September 1970. The main action in Play Misty for Me takes place, like Garner's concert, in Carmel-by-the-Sea. Clint Eastwood plays a disc jockey named Dave Garver, a name echoing that of the pianist on "Misty." (1)

Play Misty for Me has more than a little in common with Psycho (1960), but it stands fully well on its own. (2) Jessica Walter is outstanding as Evelyn Draper, the love interest gone bad. The other players are good, too. Don Siegel, director of Invasion of the Body Snatchers (1956) and several of Clint Eastwood's other movies, plays the bartender, Murphy. I took one look at him and could see that he was no Irishman. Like the investigator in Psycho, the other supposed Irishman in the movie, Sergeant McCallum (John Larch), gets unexpectedly knifed, or scissored, by the psycho.

The resolution in Play Misty for Me turns on a poem by Edgar Allan Poe, "Annabel Lee." The opening stanza to the poem appears above. It is set in a "kingdom by the sea," a phrase echoed of course in the title of Erroll Garner's great album and in the city in which it was recorded. The movie opens and closes with a view of a house by the sea.

The final stanza of "Annabel Lee" begins with the following words:


In Play Misty for Me, there is a beautifully done interlude during which Clint Eastwood and Donna Mills walk together and make love together under the towering redwoods of the Monterey coast. Roberta Flack's version of "The First Time Ever I Saw Your Face" plays throughout the sequence. The lyrics, by Ewan MacColl, echo Poe's words from more than a century before:

The first time ever I saw your face,
I thought the sun rose in your eyes,
And the moon and the stars
Were the gifts you gave
To the dark, and the endless skies,
My love. . .

In describing Play Misty for Me, Wikipedia describes Evelyn Draper (Jessica Walter's character) as beginning "to display symptoms of severe borderline personality disorder." In 1971, we didn't need a clinical diagnosis of a character's mental state in order to understand and enjoy a movie. In fact, such a thing would have detracted from the movie. (3) I don't suppose it will be very much longer before the feelings Clint Eastwood's and Donna Mills' characters express to each other, especially in their lovemaking, are diagnosed in some cold, clinical, scientific, and ultimately materialist way as well. Until that happens and forever afterward, we must remember that there was once a time, "many a year ago," when men and women loved each other, when one would have sung to the other, "The first time ever I saw your face . . . ."

Notes
(1) Clint Eastwood's character has a black co-worker named Sweet Al Monte (James McEachin). I couldn't help but wonder whether Howard Hesseman and Tim Reid in WKRP in Cincinnati modeled their characters after Dave (Eastwood) and Al Monte, but with a switch, with Hesseman playing the soulful Al and Reid playing the smooth-talking, late-night DJ, Dave Garver.
(2) Psycho was based on the book by Robert Bloch, who was of course a contributor to Weird Tales.
(3) You might say that the diagnosis at the end of Psycho detracts from the movie, too, but that diagnosis is made by a character within the movie and serves the movie's artistic purposes. 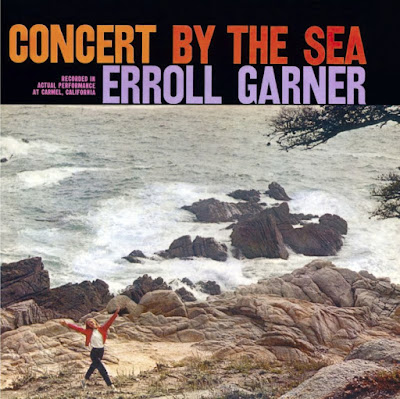