Golden Fleece began in the year that the Golden Age of Science Fiction is said to have commenced. Science fiction of course looks forward. By definition, historical fiction casts its gaze into the past. So why, at a time when science fiction was proliferating in the pulps and in popular culture in general, did Sun Publications of Chicago decide to publish a magazine against the trend? I don't have an answer, but that hasn't stopped me from speculating before.

When we think of pulps, we think of genres: science fiction, fantasy, Western, romance, detective, and so on. However, in the early years, individual pulp magazines included a mix of genres. The leading titles--Argosy, Adventure, Blue Book--were generalists: they printed adventure stories and romances of every kind. It looks to me like Golden Fleece was an attempt at that more generalized approach. The title--Golden Fleece--would have evoked the title Argosy. (1) After all, Jason, a hero of Greek myth, quests after the Golden Fleece aboard his ship, the Argo. The stories from his voyage comprise the first Argosy. The subtitle of Golden Fleece--Historical Adventure--is informative, but it, too, echoes the title of an earlier pulp magazine, Adventure. (2)

What else was going on at the time? World War II was brewing and all eyes were on the Old World and the historical forces that had shaped a continent. I'm not sure that's it, though. Here's a better explanation: Ron Goulart wrote a book about newspaper comics of the 1930s and called it The Adventurous Decade. But it wasn't just an adventurous ten years in the comics. The movies were pretty adventurous, too:
That's only a partial list and even then it's too darned long for a blog entry. The point is that the 1930s were a decade of adventure. (3) It would only have made sense for a magazine publisher to attempt to cash in on the popularity of historical adventure. I don't think there's any doubt that the decision was economic.

Most of the covers for Golden Fleece were painted by Harold S. De Lay. Margaret Brundage created the last cover. Both artists also contributed to Weird Tales. The names of authors published in Golden Fleece make a familiar list: H. Bedford-Jones, Anthony M. Rud, Robert E. Howard, E. Hoffman Price, Ralph Milne Farley, Murray Leinster, Victor Rousseau. The most prominent name on covers of the magazine who was not also published in Weird Tales was that of Talbot Mundy.

Notes
(1) Argosy was still in print at the time. I won't go into the various name changes, but in one form or another Argosy was published from 1882 to 1978, a pretty astonishing run for an American magazine. Argosy was also the first pulp magazine.
(2) Adventure also had a long run, from 1910 to 1972. To round things out, Blue Book was in print from 1905 to 1975. Evidently the 1970s were a bad decade for old magazines.
(3) They were also the last decade in which the physical world was still mysterious to the vast majority of Americans. World War II, the Cold War, the end of empires, and other events would bring all that to an end. The events of this week show that Americans have grown weary of the world. 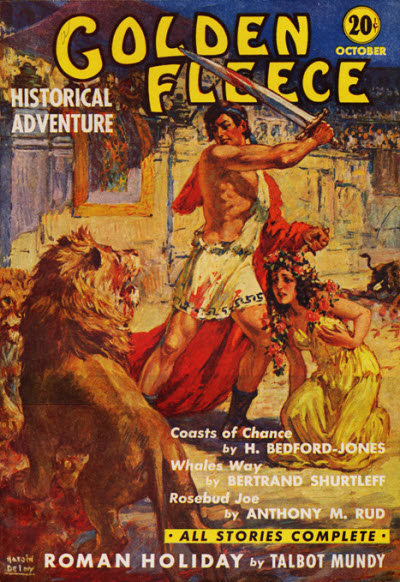 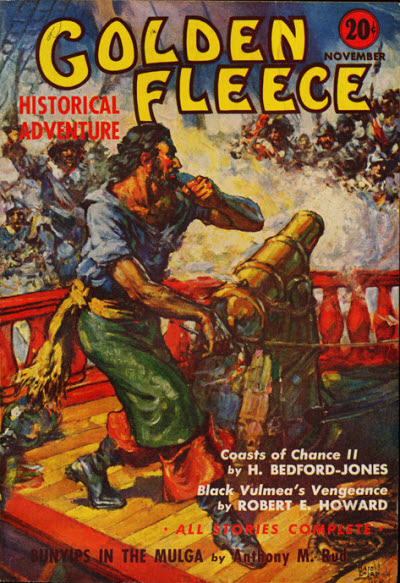 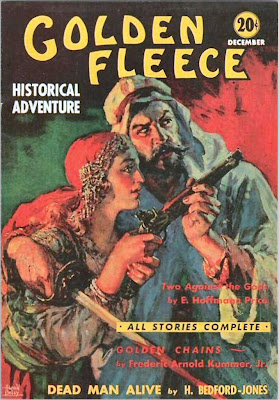 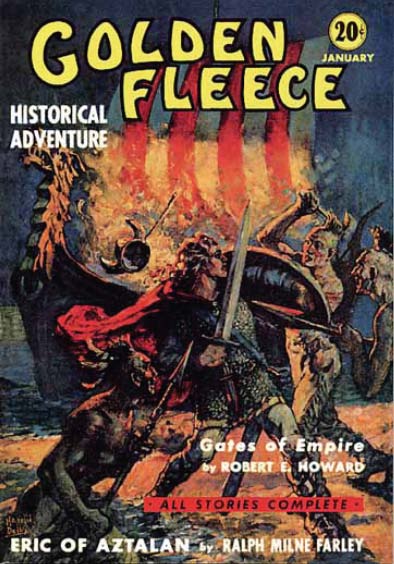 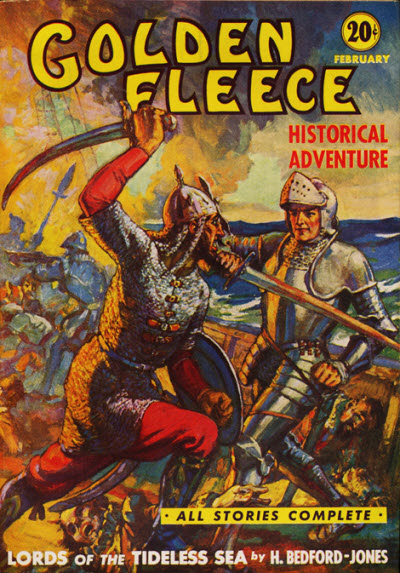 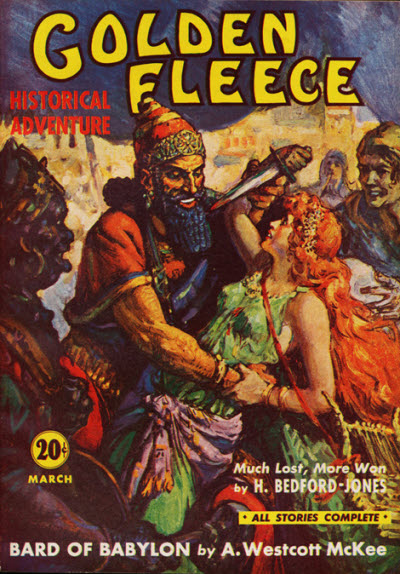 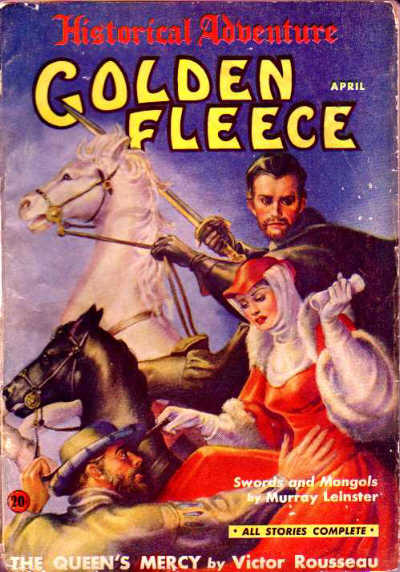 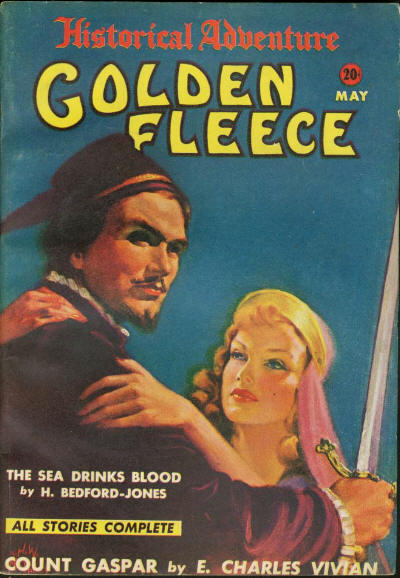