Francis Durham Grierson was born on November 27, 1888, in Dublin, Ireland. His parents were Thomas B. Grierson, an engineer, and Frances E. Grierson. In the 1901 census of England, the family was in Beckenham, Kent. Ten years later, at age twenty-two, Grierson was on his own, employed as a subeditor at the Cambrian Daily Leader and living in Swansea, Wales. From 1912 onward, Grierson contributed articles, essays, and short stories to Detective Tales, Munsey's, The New Strand, The Smart Set, and other magazines. He wrote three stories for Weird Tales. All were published in the magazine's first year in print, 1923. (1)

One hundred years ago this month, Francis D. Grierson sailed from Liverpool to New York aboard the Lusitania, still a year and a half away from its rendezvous with a German torpedo. Grierson gave his occupation as engineer. With him was his male secretary. I believe Grierson worked for a railroad at about that time. In early 1915 he married Elinor Abraham in Swansea, Wales. Great Britain was already at war by then. If the army hadn't already come calling, Grierson would soon join the ranks of the British Expeditionary Force on the Continent. He attained the rank of captain in the Sixth Welsh Regiment.

Francis D. Grierson is most well known as an author of detective novels, the first of which was The Limping Man from 1924. Over the next thirty-five years, he chronicled the adventures of fictional detectives Andrew Ash, George Muir, and Inspector Sims and Professor Wells. Grierson wrote more than four dozen books altogether. Unique among them was a science fiction novel, Heart of the Moon, from 1928. Grierson also wrote non-fiction, including The Single Star (1918) and The French Judicial Police (1934), for which he was awarded the Legion of Honour from the French government. (2)

According to the online Encyclopedia of Science Fiction, Grierson was also a lawyer and an editor at The Daily Mail. He lived in London for many years and died in that city on September 24, 1972, at age eighty-three.

Further Reading
The works of Francis D. Grierson are listed at the following URL:
http://gadetection.pbworks.com/w/page/7930702/Grierson,%20Francis%20D
You can find and translate a brief biography of and a list of works by Grierson on the French version of Wikipedia.

Notes
(1) The last of those was published ninety years ago this month. Time flies.
(2) Grierson was a great admirer of the British crime writer Edgar Wallace (1875-1932). He wrote a remembrance, "Edgar Wallace: The Passing of a Great Personality," in The Bookman in March, 1932. 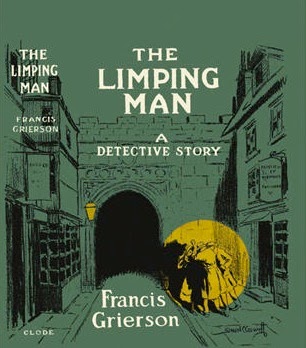