I Was a Juror on the Fatty Arbuckle Trial!


On April 13, 1922, The Messenger and Intelligencer of Wadesboro, North Carolina, reported:

Mr. S. J. Haire recently received a letter from his daughter, Mrs. Irene Haire Wilds, of San Francisco, stating that Mrs. Wilds was on the jury which heard the evidence in the third trial of Fatty Arbuckle, charged with manslaughter in connection with the death of Virginia Rappe, moving picture actress. The first two juries were unable to agree, and made mistrials. The third jury on last Tuesday found Arbuckle not guilty, after being out only a few minutes. The last trial continued for five weeks. Mrs. Wilds has many friends here, where she lived until she was grown. However, she has been living in the west for 10 years or more.

The woman's name was actually Irene Wilde. She was quoted in other contemporary newspaper accounts as saying that the jurors felt that "there was absolutely no case against Arbuckle." He went free on April 12 (not April 11 as the Wadesboro article indicates). Five days later, on April 17, Arbuckle posed with family members and some of the jurors who had acquitted him. The actor, smiling, his arms around two people, is in front. Irene Wilde is behind and above him. Some people are smiling or laughing. Mrs. Wilde, unsmiling, her head held high, is wearing an expression of dignity, even of righteousness. After five weeks of trial, five minutes' deliberation, and five days of journalistic hoopla following acquittal, justice had been served. You can see the photograph of Fatty Arbuckle and the jurors at Corbis Images, here.

Irene Wilde, the dignified juror, was born Maud Irene Haire on February 7, 1884, in Wadesboro, North Carolina. Her parents were Sidney Johnson Haire and Ann Eliza (Birmingham) Haire. Maud graduated from Baptist University for Women, now Meredith College, in Raleigh, North Carolina, in 1905. Early on, she had poems in the Pinehurst Outlook and the Raleigh Times, both papers published in her home state. Around 1912, Maud went west, to California, where she became Irene Wilde by dropping her first name and adopting the last name of her husband, Richard Wilde. She lived in San Francisco, later Los Angeles. If she ever returned home, it may not have been for long.

Irene attended Harvard University, the University of Chicago, and the University of California-Berkeley. She was a journalist for the San Francisco Chronicle, a librarian at a Los Angeles high school (possibly Maywood High School), and a novelist. She was best known as a poet, contributing to Driftwind, the Los Angeles Times, the New York Times, Poetry, The Saturday Evening Post, The Saturday Review, Rob Wagner's Script, Weird Tales, and other publications. Among her awards and honors: first prize in the North Carolina State Poetry Contest (1932), a poetry contest conducted by the North Carolina Poetry Review (1934), first place at the Southern Festival of Allied Arts (1936), first prize in the Nature Poem Contest sponsored by the Chattanooga Writers' Club, the Savannah Prize from the Georgia State Poetry Society (1937), and the poetry prize from the Southern California Women's Press Club (1942). Irene was a member of the League of Western Writers (Los Angeles Branch) and the Southern California Women's Press Club. Her books include Driftwood Fires (verse, 1928), Fire Against the Sky (verse, 1938), and The Red Turban (novel, 1943). The University of California-Los Angeles (UCLA) has a scholarship in her name, the Irene Wilde Endowment Fund. She died in Glendale, California, on August 30, 1964, and was buried at Forest Lawn Memorial Park in Glendale.

The image of the poet with Fatty Arbuckle is confirmed to be of Maud Irene Haire Wilde. Less sure is an image on the website of a California funeral home. For that story, read on . . .

The Red Turban is set in Los Angeles and involves a woman and her orphaned niece. In 1935, Irene Wilde's niece, Mildred Huntley Haire, went to live with her in Los Angeles. Mildred was born in Wadesboro, North Carolina, in 1919. She attended Los Angeles City College and worked at the Los Angeles Public Library. Mildred married in 1940, raised a family, had grandchildren and great grandchildren, and died at the age of ninety-two in 2012. Her online obituary includes a photo gallery. In one photograph, she is standing with a middle-aged woman in front of a car. The picture looks to have been taken in the late 1930s or so. I wonder if the other woman is Irene Wilde. Judge for yourself. You can see the obituary and photos by clicking here.

You never know what you'll find when you look into people's lives. It's strange and fascinating that a contributor to Weird Tales served on the jury that set Fatty Arbuckle free.


Here are some poems by Irene Wilde:

Wings in Amber
A bee betrayed in amber,
Beauty's prize,
Is less confirmed in ornate
Sacrifice
Than ardent wings that reaching
May not rise
Within the amber precinct
Of your eyes.

The Magic Flute
The last scant petal falls
From the slender flower of sound.
The echoes strew the halls
Like fragrance, curled to slight
Echoes of echoes dwindling,
Thinned to silence. Still
On fertile air the spindling
Flower unfolds delight. . . .

Shining Risk
Cassandra sits beside my gate,
Subliminal and sure,
And plies me with her caveat
Against the insecure.
Discretion crossed with unbelief
Such latitude employs
That I have lost in shining risk
A hundred towered Troys.

There is a poem, a faint photograph, and a short biographical piece on Irene Haire Wilde in a booklet called The Park Center Mural: A Celebration of Meredith College Alumnae (1999), p. 3. You can see it by clicking here.
Irene Wilde's papers are at the UCLA Library Special Collections Room, Charles E. Young Research Library. 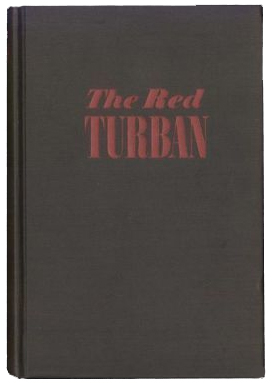 Thanks to Joyce R. Liles, Library Assistant at the H. B. Allen Library in Wadesboro, North Carolina, for further information.
Original text copyright 2016 Terence E. Hanley
Posted by Terence E. Hanley at 6:00 AM