Every terrorist attack is followed by predictable statements of "This is a wakeup call" or "This time it's different" or "This means war." And in the aftermath of every attack, we return quickly to ignoring--or I should say facilitating--the problem.

Science fiction is extrapolative. It has predictive power, as in John Wyndham's novel The Midwich Cuckoos, about which I wrote yesterday. Our current situation reminds me of another memorable scene from science fiction, though. In the movie Brazil (1985), the main character, a Winston Smith type, is dining with his mother and her friends. There is an explosion in the kitchen. People are killed, maimed, and burned. Half of the restaurant is destroyed. But the music plays on and the restauranteur places a screen between the diners and the chaotic and horrifying scene in the background. They continue as if nothing has happened.

We are of course the diners.

I don't provide many links, but here is one to the video: 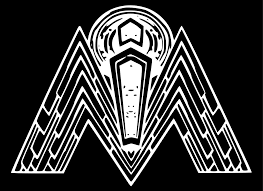 Email ThisBlogThis!Share to TwitterShare to FacebookShare to Pinterest
Labels: What Is the Monster of the Twenty-First Century?