Masks & Hoods on the Cover of Weird Tales

I am out of time in this terrible year of 2020. My series on Utopia and Dystopia in Weird Tales will have to wait until after the new year arrives. In the meantime, I offer this entry in another of my series, this one on Weird Tales cover themes. I'll have to make it fast and without providing credits. I should let you know that these are covers showing masks or hoods that obscure at least part of the wearer's face. Hoods and robes that allow us to see his face are out.

My reason for making this entry and showing these pictures should be obvious to all of us living under the current and very crushing coronavirus regime. According to Funk & Wagnalls Standard Dictionary of Folklore (1950), "The function of masks varies from society to society, so that few generalizations can be made either as to their forms or uses." (p. 684) It seems to me, though, that masks can be used both to hide and to reveal, often simultaneously, and that even in the hiding there are signals. In our current situation, there can be little doubt that the wearing of masks is a signal sent out by the wearer, mostly to do with his or her political beliefs and personal psychology, far less to do with science, medicine, or public health.

Some of the masks and hoods shown below are worn by torturers and headsmen, others by cultists. There are some domino masks, which morphed in the 1920s through the 1940s into the mask worn by the uniquely American superhero. There are indeed superhero-like masks in the images shown below, none more iconic than the bat-woman mask from October 1933.

All but two of these masks and hoods are from Western culture, and only one has twentieth-century, technological origins. I think there's something to that--that Weird Tales, working within Western tradition and with its eyes mostly on the past, put the iconography of Western or European culture to good use, even if sometimes it resorted to tropes and clichés. Now here we are, nearly a hundred years after the founding of the magazine, and still we use the same iconography. Remember that the next time you see a superhero in a domino mask, a cultist or other figure wearing red robes (such as the Red Guards in the Star Wars series), and on and on.

One last note: the first image below shows not one but two masked figures, as well as a very, very long woman. The torturer or cultist may be about to sink a knife into her supine figure, but at least he's protecting her from terrible viruses and diseases by wearing a piece of really porous cloth over his face. And don't worry, what he has planned for her is a mostly peaceful human sacrifice. (He's planning to stab only one very small part of her body.) Luckily for her, she is about to be saved by a man in blue. 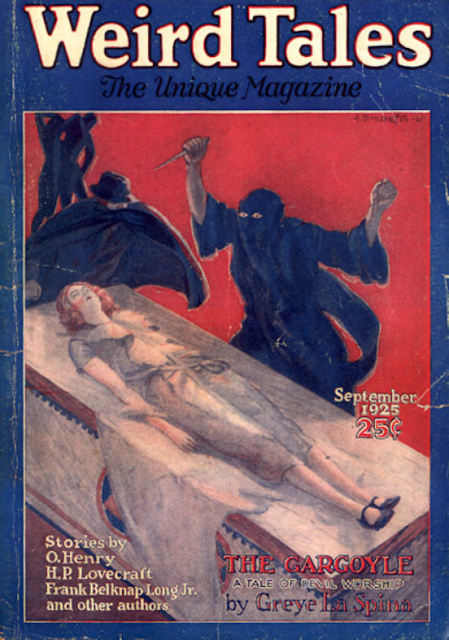 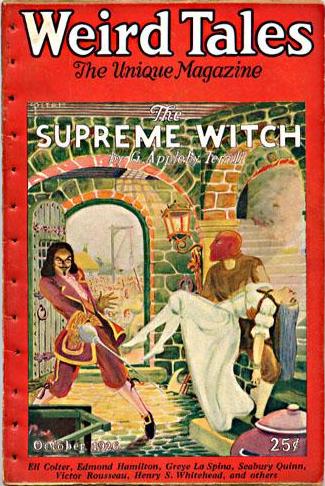 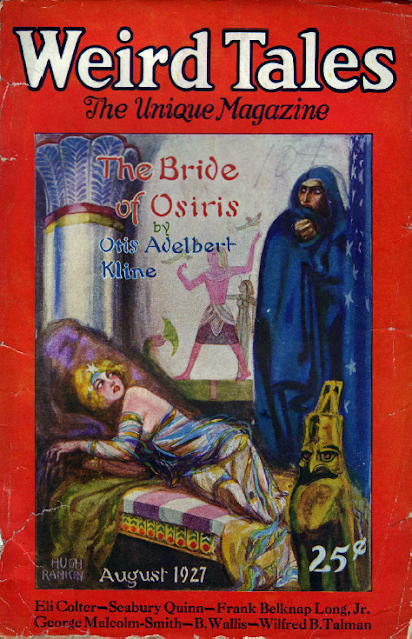 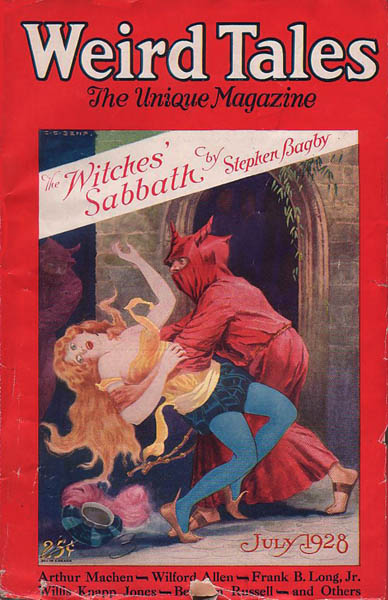 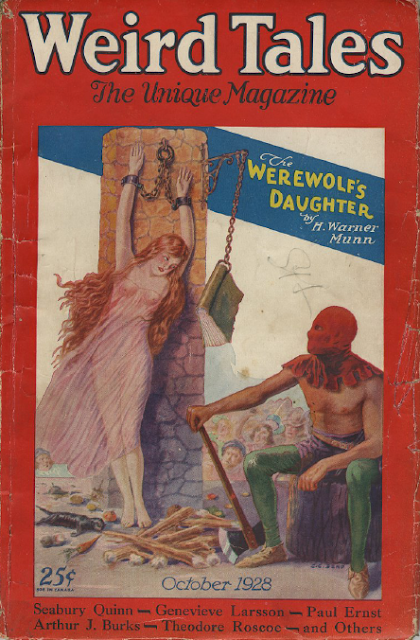 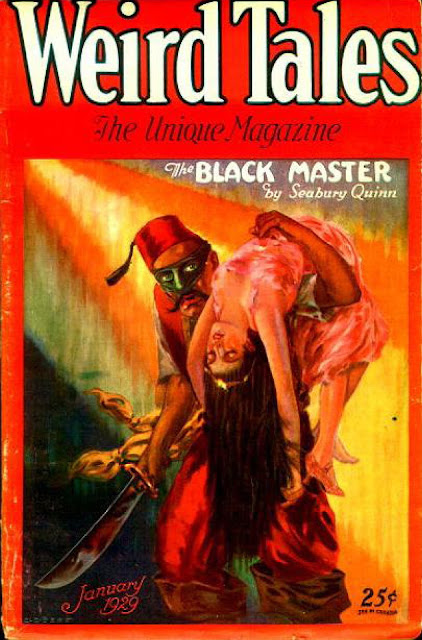 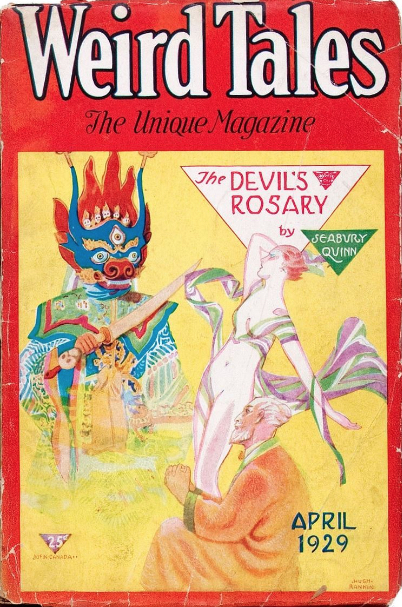 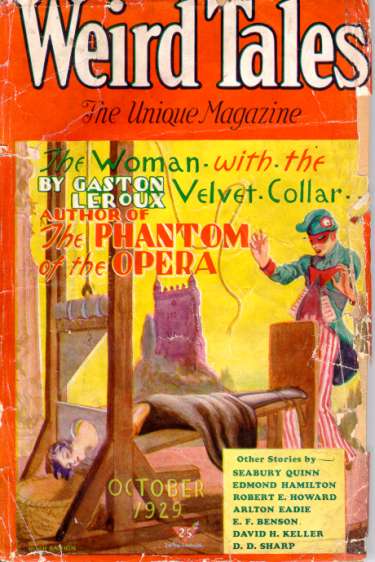 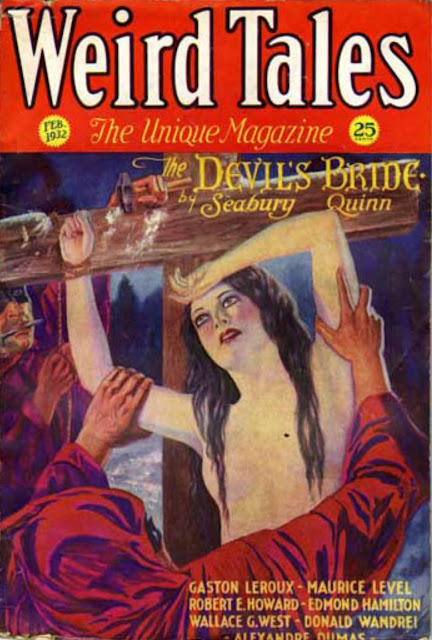 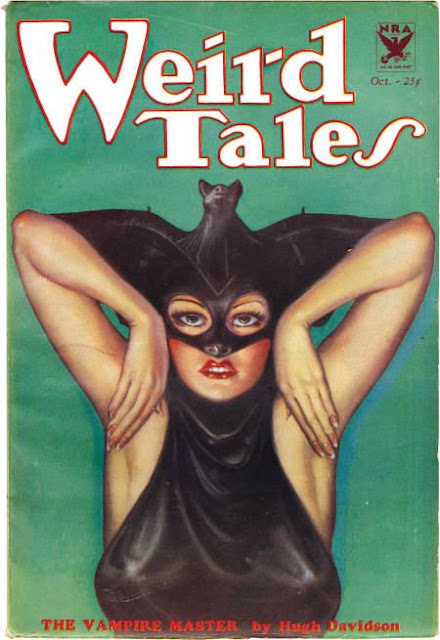 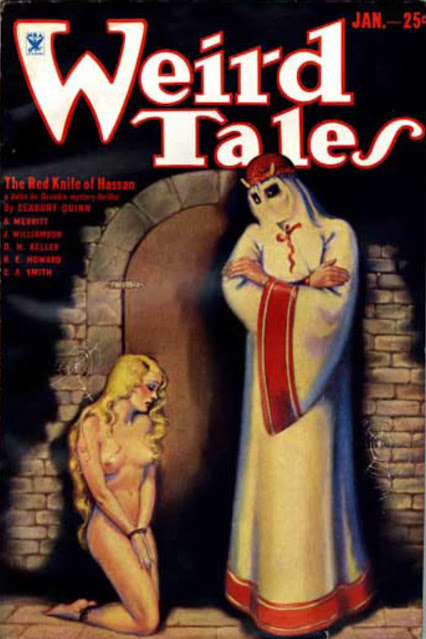 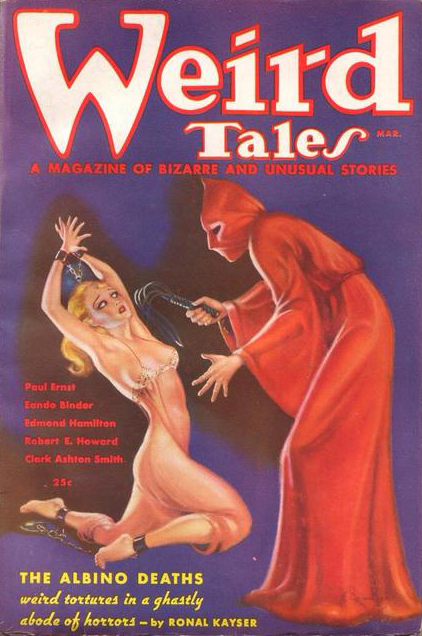 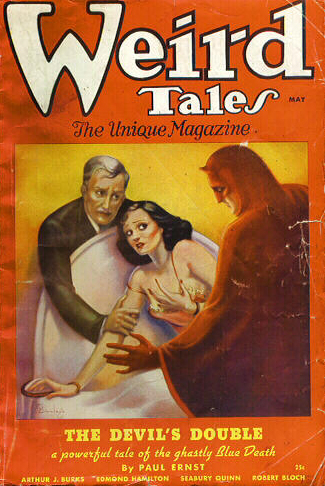 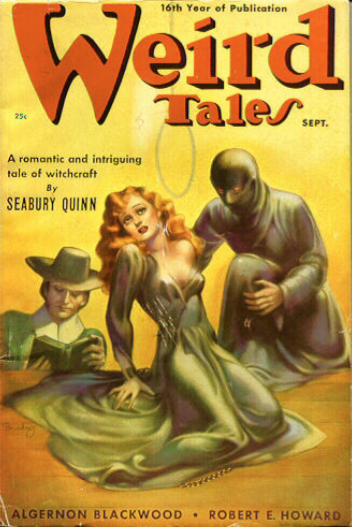 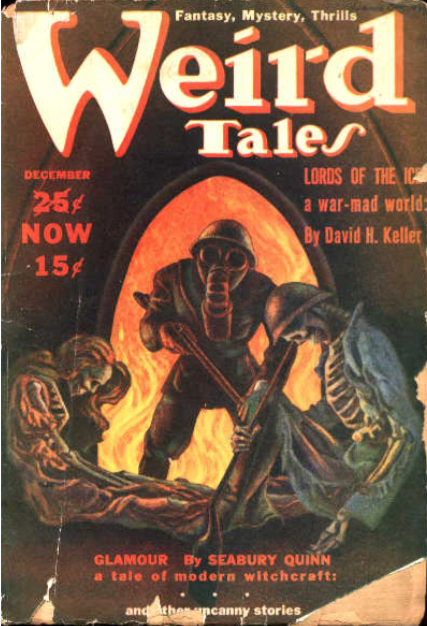 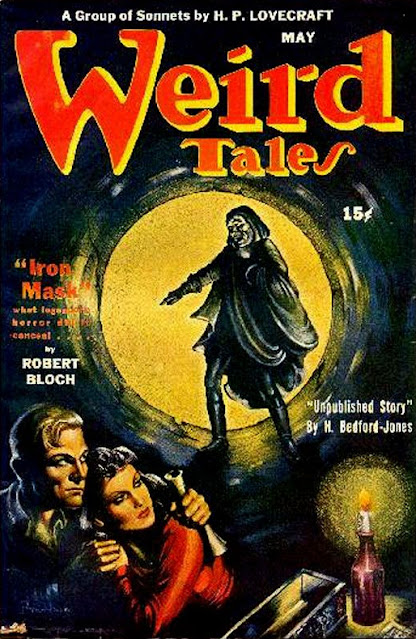 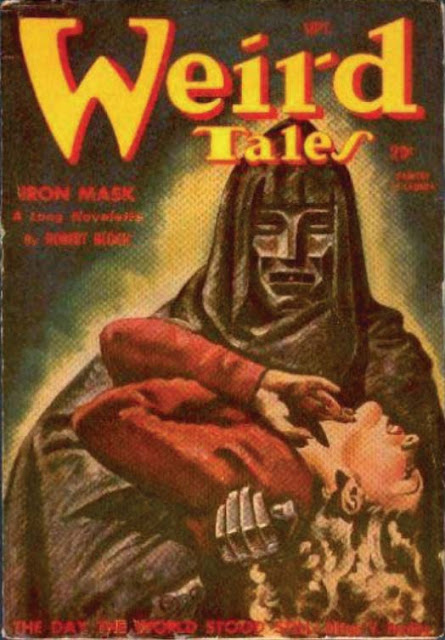 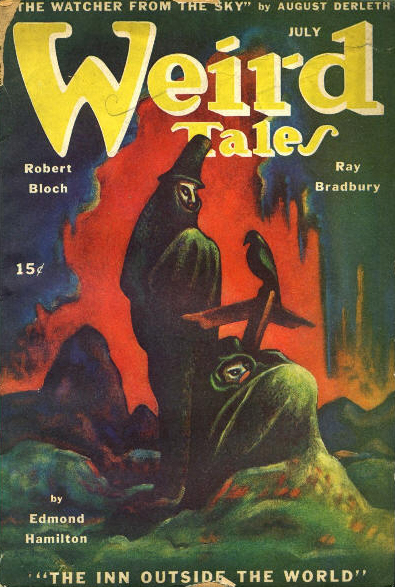 I wish everyone a Merry Christmas and Happy New Year, better for sure than the one now ending.