Utopia & Dystopia in Weird Tales-Part One

Man has always sought to embody in literature his visions of a better life.

--Frederic R. White, the first line of his introduction to

Utopia came before Dystopia. It probably goes back to half-memories of the Garden of Eden, of a lost Golden Age, perhaps ultimately to a keen and piercing nostalgia for childhood, for infancy, even for a life enwrapped in the loving womb. Life and the world seem miserable to our memories and imaginations. We long for a return to perfect happiness, and we will have it, properly in our works of art and imagination, too often disastrously in our attempts to bring it into the real world.

The proper place for Utopia is in art. Countless millions have perished at attempts to bring it to life. We are not gods and are incapable of perfection. We cannot create whole worlds except in our imaginations. In our creative impulses alone--in art, in love, in family, in other things--do we emulate God and reach towards eternity. He is not a destroyer. In attempting to usurp his role and authority--in trying to remake his Creation--we in our madness and in our blackest hearts murder and destroy. The real-world Utopia is murderous and destructive. The real-world Utopia is actually Dystopia.

Utopia goes back to our beginnings. Dystopia is a later creation and became fully formed only in the nineteenth and early twentieth centuries. That is to be expected, I think, inasmuch as Dystopia seems possible only under mass conditions, the nineteenth being the first mass-century in human history.

Utopia was first located in Space. Published during the Age of Exploration, the original Utopia (1516), by Thomas More, tells of an island discovered in the New World. (2) Utopias, then, are related to the Lost Worlds genre. Sometimes the two are indistinguishable. Even as late as 1915 and the publication of Herland, by Charlotte Perkins Gilman, Utopia was an undiscovered place on present-day Earth. But even then time was running out for the utopian storyteller.

Islandia (1942), by Austin Tappan Wright, was a very late entry among utopian novels, a last hurrah for an old genre. Too late to take place in an already fully (or mostly) discovered world, the events in Islandia are set in the past, in or about 1905, before the Great War and disaster had struck. As the twentieth century moved down its bloody road, Utopia could no longer be located in Space. After World War II, it would instead have to be located in Time, in what you might call the Lost Worlds of the Future. If it wasn't already a subgenre of science fiction by then, the utopian story became one in the postwar world. I suggested not long ago that no author today seems ready--or naïve enough--to attempt a contemporary utopian novel or even one set on a future Earth. Stories of Utopia have become a rarity. They may even be nonexistent. In contrast, stories of Dystopia have thrived in the twenty-first century. 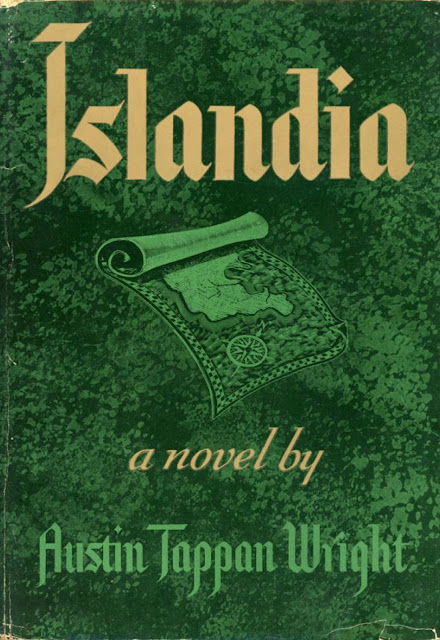 (1) Frederic Randolph White (1910-1984) was a professor of comparative and classical literature and a founding faculty member of Florida Presbyterian College, now Eckerd College, in St. Petersburg. In addition to Famous Utopias of the Renaissance, Prof. White wrote an introduction to Looking Backward: 2000-1887 by Edward Bellamy (1888).

(2) It is ironic that the author of Utopia was named More, for the asymptotic more is the ceaseless pursuit of the real-world utopian theorist.