Weird Tales from Germany and Austria

"Song of the Brothers of Mercy" (Poem, translated by Francis Hard, a pseudonym of Farnsworth Wright, Dec. 1926)

Friedrich Schiller was a giant of German literature and a subject too large for a mere blog entry. His life was brief and he spent his last fourteen years as an invalid. Nonetheless, Schiller wrote some of the most acclaimed drama of any Continental playwright. Schiller also wrote poems, histories, translations, philosophy, and an unfinished novel, Der Geisterseher: Aus den Papieren des Grafen von O (The Ghost-Seer: From the Papers of the Count of O, 1789), a tale of necromancy, spiritualism, and conspiracy. Schiller's poem, "An die Freude" ("Ode to Joy," 1785), is the basis of the fourth movement of Beethoven's Symphony No. 9. Weird Tales used another Schiller poem for its own purposes, reprinting "Song of the Brothers of Mercy," translated by Francis Hard, in its December 1926 issue.

Schiller died on May 9, 1805, and was entombed in the ducal vault in the Historical Cemetery of Weimar. Almost exactly two hundred years later, German scientists announced that the skull supposed to have been his belonged to someone else. I don't know how the switch happened. It's equally unclear to me whether the skeleton was Schiller's or not. In any case, skeleton, skull, and all have been removed. Schiller's tomb is now vacant. This is just one more bit of evidence supporting my proposition that very often, life is essentially weird.


Wilhelm Hauff was a German poet, novelist, and journalist known for his fairy tales and a very popular historical romance, Lichtenstein: Romantische Sage aus der wuerttembergischen Geschichte (Lichtenstein: A Romantic Saga from the History of Württemberg, 1826). His work has been the inspiration for two motion picture fantasies, the live-action Die Geschichte vom Kleinen Muck (The Story of Little Mook, 1953) and the animated Little Longnose (2003), a Russian film. Hauff died at an unbelievably young age, only a few days short of his twenty-fifth birthday. Weird Tales reprinted his story "The Severed Hand" nearly a century later, in its October 1925 issue.


Although Gustav Meyrink lived into the Weird Tales era, the magazine reprinted his work only after he had died, first, "The Violet Death" in July 1935, then, "The Man on the Bottle" in Sam Moskowitz's revived version in Fall 1973. An author, playwright, translator, banker, and--paradoxically--occultist, Meyrink may have done for the golem what Bram Stoker did for the vampire by committing an ancient legend to the pages of a modern novel. After the scandal of his occult activities brought his banking career to an end, Meyrink devoted himself to writing and translating.

I have tried to assemble an accurate list of Meyrink's books with original titles in German, translated titles in English, and original years of publication. As always, information on the Internet is contradictory, inaccurate, incomplete, and of dubious value. If anyone has any additions or corrections to make, please send them my way. All or most of these works are in the genres of fantasy, horror, and weird fiction. Some have been adapted to film.


The last book includes as one of its characters a fictionalized John Dee (1527-1608 or 1609), the English mathematician, astronomer, and occultist who made his entry into the Cthulhu Mythos of H.P. Lovecraft and his associates through Dee's supposed translation of the Necronomicon. 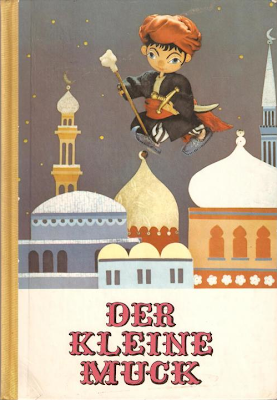 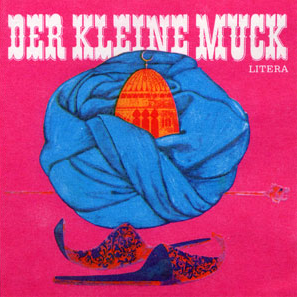 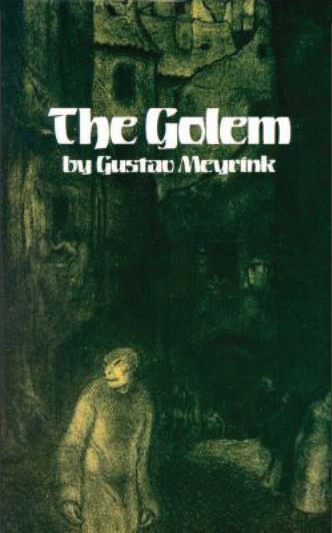 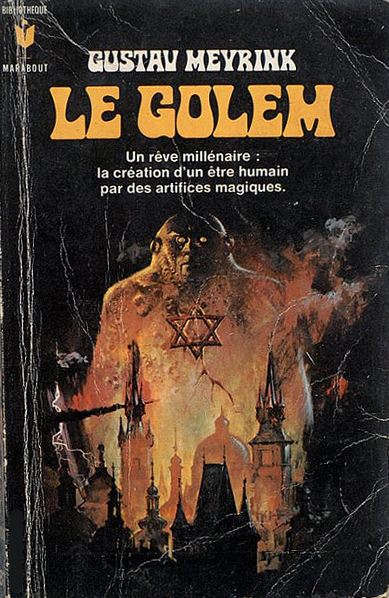 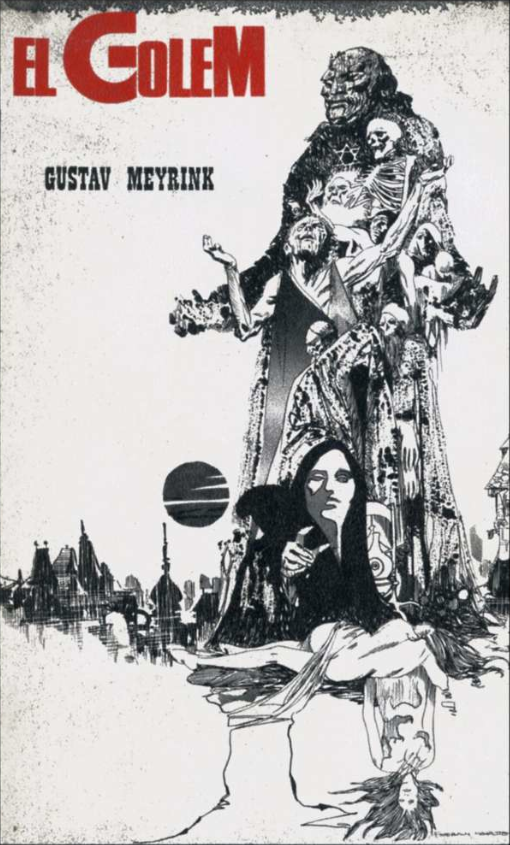 Email ThisBlogThis!Share to TwitterShare to FacebookShare to Pinterest
Labels: Aleister Crowley, Authors, German and Austrian Authors, Old World Authors, Weird Tales from the Past, Weird Tales in the 1970s