In tracking down the writer Alan Nelson, I started with the Internet Speculative Fiction Database, which gives his dates as 1911-1966. From there, it was to Ancestry and the only man named Alan Nelson with the same dates. If that's the right man, then he was born on December 11, 1911, in Las Cruces, New Mexico, to James W. Nelson (1873-1925), an agricultural agent and professor of agriculture, and Mary Blanche (Hayden) Nelson. Even as a child, James Alan Nelson went by his middle name, and he kept doing so even after his father's death in 1925.

Alan Nelson grew up in Oakland, California. In the 1940 census, he was an interviewer for the state employment agency. If this is our man, then he was thirty-two years old when his first story was published. And if the listing on the Internet Speculative Fiction Database is complete, then Alan Nelson's output was not large:
Despite their small number, Nelson's stories were reprinted repeatedly in book form. Alan Nelson is also credited as the writer of the teleplay for "The Horn" for the anthology series Tales of Tomorrow, broadcast on October 10, 1952, and featuring Franchot Tone, Stephen Elliott, and Barbara Joyce.

Further Reading
Alan Nelson's stories were collected in Doctor Departure and Others (Gryphon Books, 1989) with cover art by Brad W. Foster and an introduction by Gary Lovisi. That book is the place to start if you want to know more about Alan Nelson. Unfortunately I don't have access to it and can't say with certainty that I have the right Alan Nelson. 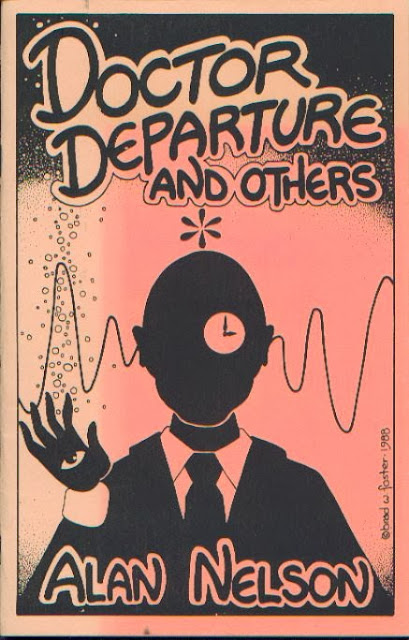 Email ThisBlogThis!Share to TwitterShare to FacebookShare to Pinterest
Labels: Authors, Authors of the Golden Age of Science Fiction