Weird Tales published four stories by the pseudonymous author John Flanders, all in 1934-1935. That was only the smallest part of his staggering output of about 9,000 stories and 5,000 articles, essays, reviews, and so on written from the 1920s until his death in 1964.

John Flanders was born Raymundus Joannes de Kremer or Raymond Jean Marie De Kremer, in Ghent, Belgium, on July 8, 1887. He was educated in his home city and worked as a city clerk from 1910 to 1919 before joining the staff of Journal de Gand. He later worked for the monthly L'Ami du Livre. De Kremer's first book was a collection of weird stories called Les Contes du Whisky, published in 1925. He continued writing while serving jail time for "breech of trust" and began using the pseudonym John Flanders in 1928. In February 1929, he was released from prison and continued in his writing career. From 1929 to 1938, he wrote more than one hundred adventures of Harry Dickson, "the American Sherlock Holmes." De Kremer's novel Malpertuis (1943) was filmed in 1971 with Orson Welles in a starring role. After the war, de Kremer wrote comic book scripts for Les Aventures d'Harry Dickson and Les Aventures d'Edmund Bell. A native of Flanders, de Kremer wrote in Dutch as John Flanders and in French as Jean Ray; his known pseudonyms number more than four dozen. De Kremer died on September 17, 1964, in Ghent. 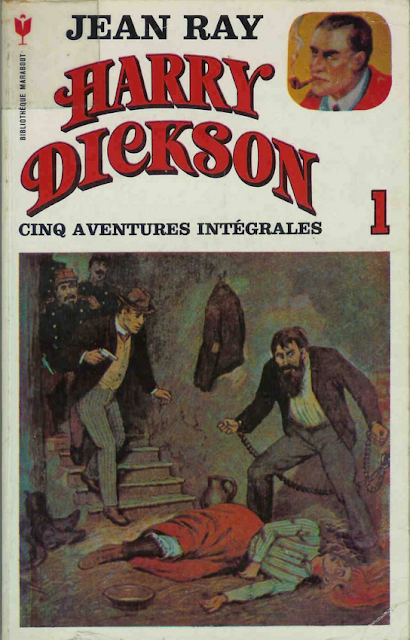 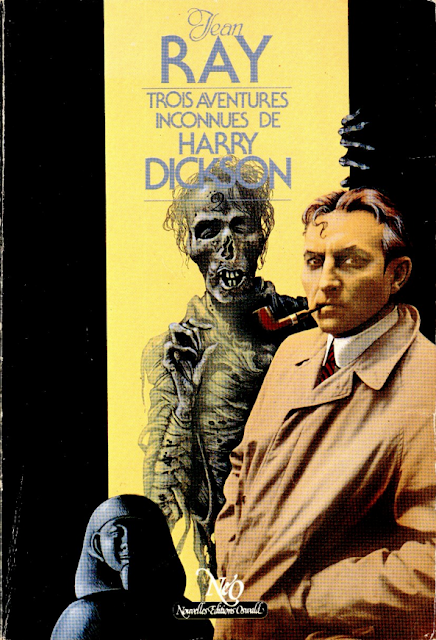 According to the Internet Movie Database and the online Encyclopedia of Science Fiction, Oscar Schisgall was born in Russia. The Internet Speculative Fiction Database has his birthplace as Antwerp, Belgium, a bit of information that seems to have come from the U.S. Census. Whether Schisgall was born in Russia or Belgium, he was in the United States by September 19, 1926, when he married Lillian Gelberg. A newspaper item from 1947 reported that "Schisgall once toured the capitals of Europe, making his way by writing and selling mystery novels about each great city he lived in." Maybe he considered the Continent as a whole his home.

Like John Flanders, Oscar Schisgall was a very prolific author. He wrote 4,000 short stories and articles for Collier's, Liberty, The New York Times Magazine, Reader's Digest, The Saturday Evening Post, and other mainstream publications. He had a series character, Baron Ixell, in Clues from 1927 to 1932 and wrote two stories for Weird Tales and two more for Jungle Stories (1931, 1939). Other pulps that printed his stories included Blue-Ribbon Western, Cowboy Stories, Dime Detective Magazine, Frontier, The Masked Rider, and others. One of his thirty-five novels, Swastika (1939), was adapted to the silver screen as The Man I Married, also known as I Married a Nazi (1940).

In 1943, Oscar Schisgall became head of the Office of War Information (OWI) Magazine Bureau, taking the place of Dorothy Ducas. In addition to writing stories and novels, Schisgall authored corporate histories, including for Procter & Gamble, Bowery Savings Bank, Xerox, and Greyhound Bus, the last of which was published posthumously. Oscar Schisgall died in Manhattan on May 20, 1984. 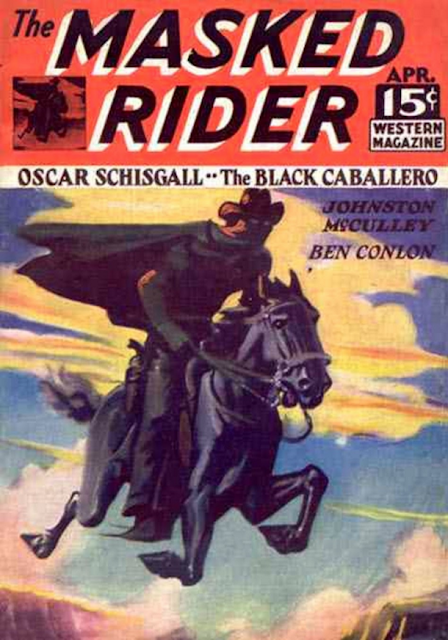