Verne Chute was born on May 19, 1898, near San Francisco, California. When he filled out his draft card in 1918, he was working in a cannery in San Bernardino, California. By 1930, he was the proprietor of a bookstore in Los Angeles. Chute lived in Los Angeles, Long Beach, and Canoga Park, California, and in Tucson, Arizona, in the course of his long life. He died on October 1, 1986, in Sun City, Arizona.

After World War II, he had three of his novels in paperback (shown below):
plus two children's books in the the Mojave Joe series (1950 and 1952), the second published under the pseudonym Dustin C. Scott. In one way or another these were related to a column he wrote for Sports Afield. In addition, Chute had two of his stories adapted to television, "The Queen's Bracelet" for Studio 57 (1956) and "Le Funiculaire des anges" (which I believe translates into "Flight of Angels") for the French TV series Série noire (1988).

Further Reading
There is an entry on Verne Chute in the French-language version of Wikipedia, here. That entry lists Chute's books and some of his stories. You will find another list of his stories at The FictionMags Index. 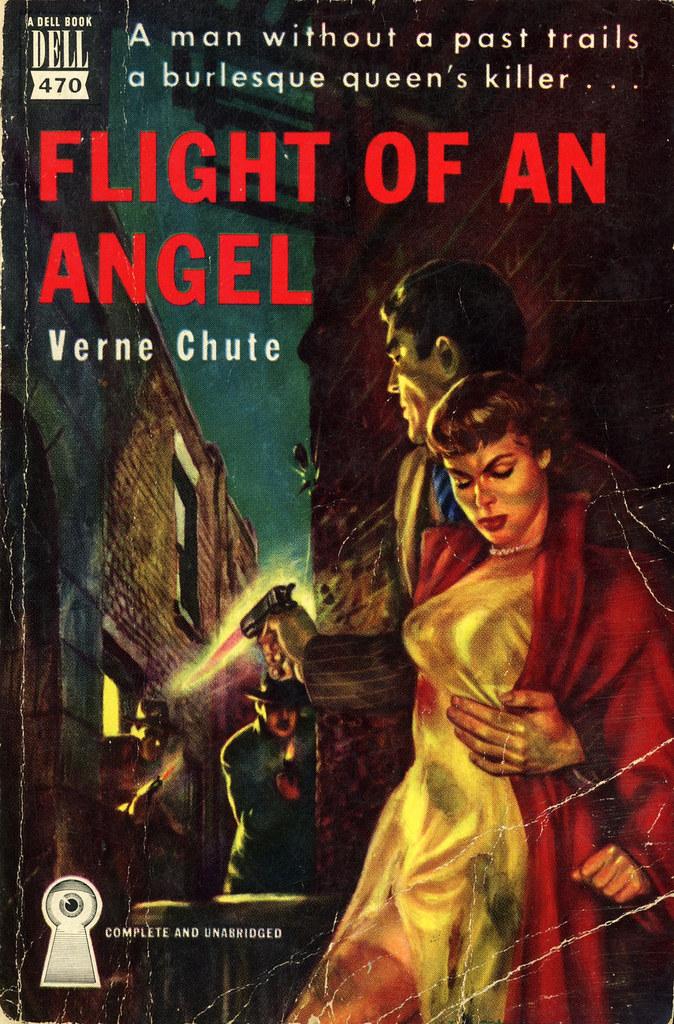 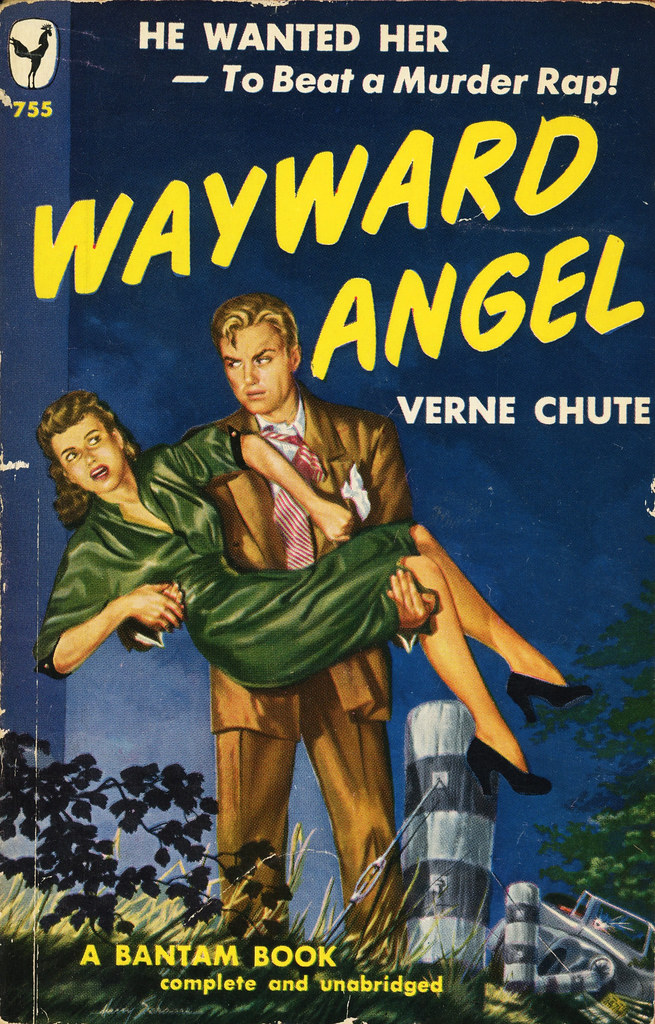