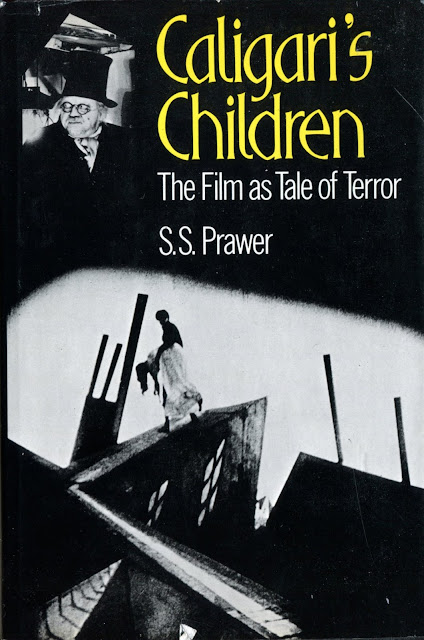 S.S. Prawer (1925-2012) was Taylor Professor of German Language and Literature at Oxford University and a Fellow of The Queen's College. His book Caligari's Children is scholarly but accessible. I'm happy to say that Dr. Prawer was a fan of movies. His book is the first scholarly work in my own library on zombies.

S.S. Prawer's discussion of Night of the Living Dead (1968) and other zombie movies in Caligari's Children is brief but interesting. A couple of quotes from him, then one from another author, whom he quotes in his book:

The archetype and model of all zombie-movies still remains Victor Halperin's White Zombie of 1932, which curiously links its voodoo theme with that of social exploitation: the dead are raised to serve as bodyguards and as cheap labour in a Haiti sugar-mill. John Gilling's The Plague of the Zombies transfers this to England; the evil squire raises the dead to work his tin-mines and thus enable him to live in the style to which his class has become accustomed. [p. 68]

[In Night of the Living Dead] Romero has given the screw an extra turn [. . .] by showing, particularly in his final sequences, that the harm the living can do matches and even outstrips that of the pathetic clawing corpses to which the title of his film refers. The Sheriff and his posse [. . .] are more frightening in their callousness than any miraculously reanimated corpse. [p. 68]

The critical theorist might see in that first quote proof of the existence of his favorite bugaboo, the capitalist exploiter. That would be a superficial interpretation of White Zombie, I think. I have already written about just who was exploiting whom in The Magic Island, William B. Seabrook's seminal account of Haitian zombies from 1929. I have also written about how zombies, as a part of black culture, were transferred to white culture, in part by making the threatening zombie-maker and zombie-master a white person, moreover, by making the threatened zombie or the threatened living human being a white person. I think that's what the moviemakers were up to in White Zombie, hence the sensationalistic title. With this movie, the zombie went from being an affair of black people to being an affair of white people. (The title, by the way, echoes the phrase "white slavery," one that would have been on people's minds or in their recent memories in the early 1930s. The very strong suggestion would have been that a white zombie might be used for the same purposes for which a white slave might be used, i.e., as a sexual slave. See the story "American Zombie" by Dr. Gordon Leigh Burley from ca. 1936 for more on that idea. The racial implications of this association between white zombies and white slavery are unavoidable. See also the relationship between the black man and the very white woman in Night of the Living Dead from 1968.)

As for the second quote: Dr. Prawer noticed something in 1980 that viewers of The Walking Dead have no doubt seen more recently: that the human characters may actually be scarier than the zombies, which, to some degree, exist simply as an environmental condition that has to be dealt with, like rain or cold. To that point, I'll pass on a quote from Caligari's Children from R.H.W. Dillard, author of one of the earliest if not the earliest scholarly treatment of the zombie, Horror Films, from 1976:

If he [the viewer] chooses Night of the Living Dead (1968) [as an example of a valid and significant esthetic expression of experience, then] he has chosen a life in which moral failure is the natural human condition. [p. 127]

I have written before that the most basic interpretation of the zombie apocalypse is that it lays bare our fallen state as human beings. I don't think you really have to go beyond that, especially not into the realm of politics or economics, to recognize meaning in this story. I would argue on the other side that, although we are fallen, we might still be redeemed: we have that possibility within us. So is Dr. Dillard saying that there are viewers who have given up on the possibility of redemption? Who believe that our falling will not be counteracted by any rising? Is the viewer who prefers the zombie-apocalyptic story, then, a pessimist or a nihilist, a person living in despair or in a state of extreme moral lassitude or decadence? And if so, and if that viewer is actually countless millions of viewers, is not the zombie an apt monster for our time?

Email ThisBlogThis!Share to TwitterShare to FacebookShare to Pinterest
Labels: What Is the Monster of the Twenty-First Century?, Zombies