Howard Ellis Davis was born on August 14, 1883, in Florida. During the Great War he served in the 319th Field Artillery, 82nd Division, and rose to the rank of major. An engineer for the Alabama Power Company and later the Tennessee Valley Authority (TVA), he moved often during the 1920s through the 1940s. In 1920 he was in Oak Grove, Alabama, and working as a writer. Nineteen thirty found him in Meriwether, Georgia, as a superintendent of a lumber plant. Ten years later Davis was in Chattanooga, Tennessee, and director of a reservoir as part of the TVA.

Howard Ellis Davis wrote stories for Adventure, Argosy, Breezy Stories, Detective Story Magazine, Droll Stories, Top-Notch, and other magazines from 1916 to 1935. According to the Internet Speculative Fiction Database, his only credits in the fields of fantasy and science fiction were "The Unknown Beast" for Weird Tales (Mar. 1923) and "The Walking Shack" for Argosy (Nov. 29, 1930). Davis also wrote articles for The Editor and Western stories. He died on April 25, 1951, in Mobile, Alabama and was buried at Bay Minette Cemetery, Bay Minette, Alabama. 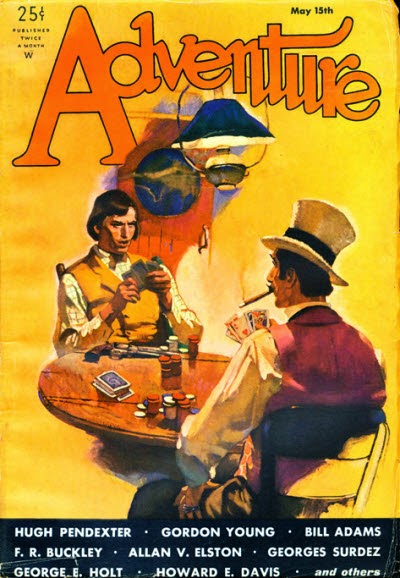