Valma Clark was born on July 20, 1894, in Sedalia, Missouri, and graduated from the University of Rochester in 1916 with a degree in the arts. She was a teacher and journalist, but she was best known in her time for her short stories and novels. Under her own name and under the pseudonym Lyssa Carrol, she contributed to Action Stories, Ainslee's Magazine, All Sports, The American Magazine, Brief Stories, Collier's, Cosmopolitan, The Delineator, The Double Dealer, Liberty, Munsey's, Street and Smith’s Detective Story Magazine, and many women's magazines. The FictionMags Index lists many of her credits but not the following:
Her story "Judgement of the West" was made into a movie called The Slanderers (1924). "Ignition," from Scribner's (Jan. 1923) was selected for Best Short Stories Of 1923 (1924). Valma also wrote The Critic: A One-Act Comedy (1935) and two novels, Their Own Country (1934) and Horn of Plenty (1945). She lived in France from 1929 to 1940 and was in Paris with her sister Olga Clark (later Olga Clark Smith) when the Nazis invaded. During the war she worked for the United States government in Washington, D.C. An obituary in the Rochester Review (Feb. 1954, p. 31) summarizes her career: 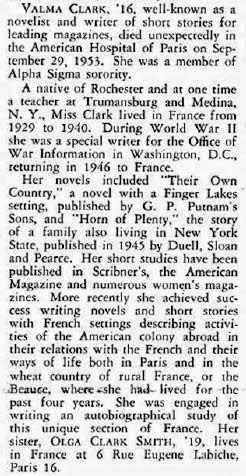 Further Reading
"The Two Men Who Murdered Each Other" was reprinted in The Best of Weird Tales, 1923, edited by Marvin Kaye and John Gregory Betancourt (1997). 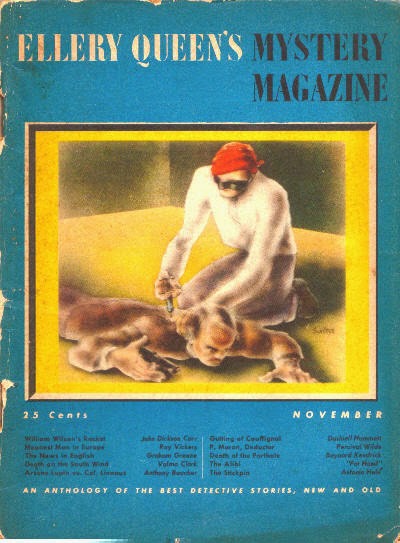