J.C. Henneberger named three Chicago writers who he thought might contribute to Weird Tales. Of the three, Ben Hecht was undoubtedly the best fit. Born on February 28, 1894, in New York City, Hecht moved with his family to Racine, Wisconsin, as a youngster. Graduating high school at age sixteen, Hecht ran away to Chicago to begin his career as a journalist for the Chicago Journal, later for the Chicago Daily News and for his own paper, the Chicago Literary Times (1). His first play was published in 1914, his first novel, Erik Dorn, in 1921.

In 1920, Hecht played detective in helping to crack a real-life murder, "The Case of the Ragged Stranger." His work on that case earned him his first fame. On June 21, 1921, exactly a year after the murder had taken place, Hecht began a newspaper column in the Chicago Daily News. Entitled "Around the Town: A Thousand and One Afternoons in Chicago," Hecht's column was very influential for presenting for the first time

the idea that just under the edge of the news as commonly understood, the news often flatly unimaginatively told, lay life; that in this urban life there dwelt the stuff of literature . . . . (2)

For the next sixteen months, Hecht told stories of life in the streets, saloons, and backrooms of Chicago. "I ran everywhere in the city," he wrote, "like a fly buzzing in the works of a clock, tasted more than any fit belly could hold." He was just twenty-eight years old when his column came to an end in October 1922. (3)

Hecht's first works of fantasy were the novel Fantazius Mallare, A Mysterious Oath (1922) and its sequel, The Kingdom of Evil, A Continuation of the Journal of Fantazius Mallare (1924). Both were stories of decadence and both influenced by À rebours (Against the Grain, 1884) by the French writer Joris-Karl Huysmans (1848-1907). (4) In looking at Wallace Smith's illustrations for Fantazius Mallare, I can't help but think of Harry Clarke and his work for Edgar Allan Poe’s Tales of Mystery and Imagination. That book was published in 1919, only three years before Fantazius Mallare came out. I wonder if seeing Tales of Mystery and Imagination would have influenced Hecht and his illustrator. I also wonder if Hecht could have come across the German fantasy magazine Der Orchideengarten, for, as a reporter, he had been assigned to Berlin in 1918-1919 when the magazine was first in print. In any event, Hecht, Smith, and their publisher were arrested and prosecuted for obscenity for Fantazius Mallare. That notoriety contributed to Hecht's leaving the Chicago Daily News in 1922. Never one to suffer bluenoses and censors, he returned to New York City two years later.

In recounting the origins of Weird Tales, J.C. Henneberger wrote:

[In talking] to such nationally known writers as Hamlin Garland, Emerson Hough, [and] Ben Hecht . . . . I discovered that all of them expressed a desire to submit for publication a story of the unconventional type but hesitated to do so for fear of rejection. (5)

Ben Hecht's experience with Fantazius Mallare seems to have borne out that fear, though Hecht himself seems to have been a man without fear. It's worth noting that in the same year he returned to New York City, Weird Tales published "The Loved Dead," a story of necrophilia by C.M. Eddy, Jr. The future of the magazine was in doubt at that point, but it managed to survive--and without contributions from Garland, Hough, and Hecht.


In his review of Charles Fort's Book of the Damned (1919), Ben Hecht proclaimed himself a Fortean. He was later influenced by Fort in his stories of fantasy and science fiction. The Speculative Fiction Database lists Hecht's works in those genres:
Some were collected in A Book of Miracles (1939) and all but one in The Collected Stories of Ben Hecht (1945). I should point out that the dates listed here appear to be dates of publication in book form and not in magazine form. For example, the film The Great Gabbo, released in 1929, is based on Hecht's story "The Rival Dummy," which was published in book form many years later.

Notes
(1) The inaugural issue of the Chicago Literary Journal was dated March 1, 1923, the same month in which Weird Tales first appeared.
(2) The quote is by Hecht's editor, Henry Justin Smith, from The Art of Fact: A Historical Anthology of Literary Journalism by Kevin Kerrane and Ben Yagoda (1998).
(3) Only 476 days after it had begun.
(4) Hecht published another genre work, The Florentine Dagger: A Novel for Amateur Detectives, in the intervening year, 1923, the same year in which the first issue of Weird Tales came out. That book was also illustrated by Wallace Smith.
(5) The quotes are from a letter reprinted in WT 50: A Tribute to Weird Tales, edited by Robert Weinberg (1974), p. 4. 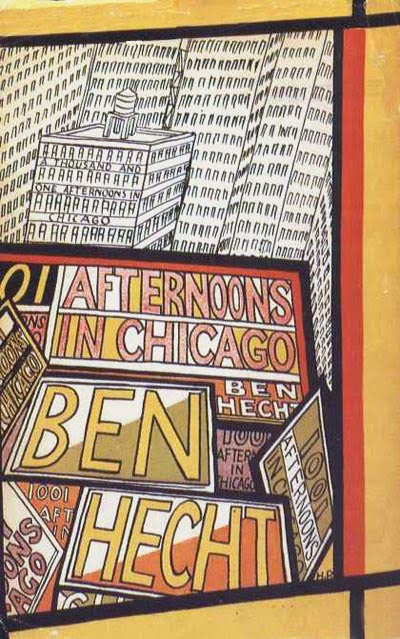 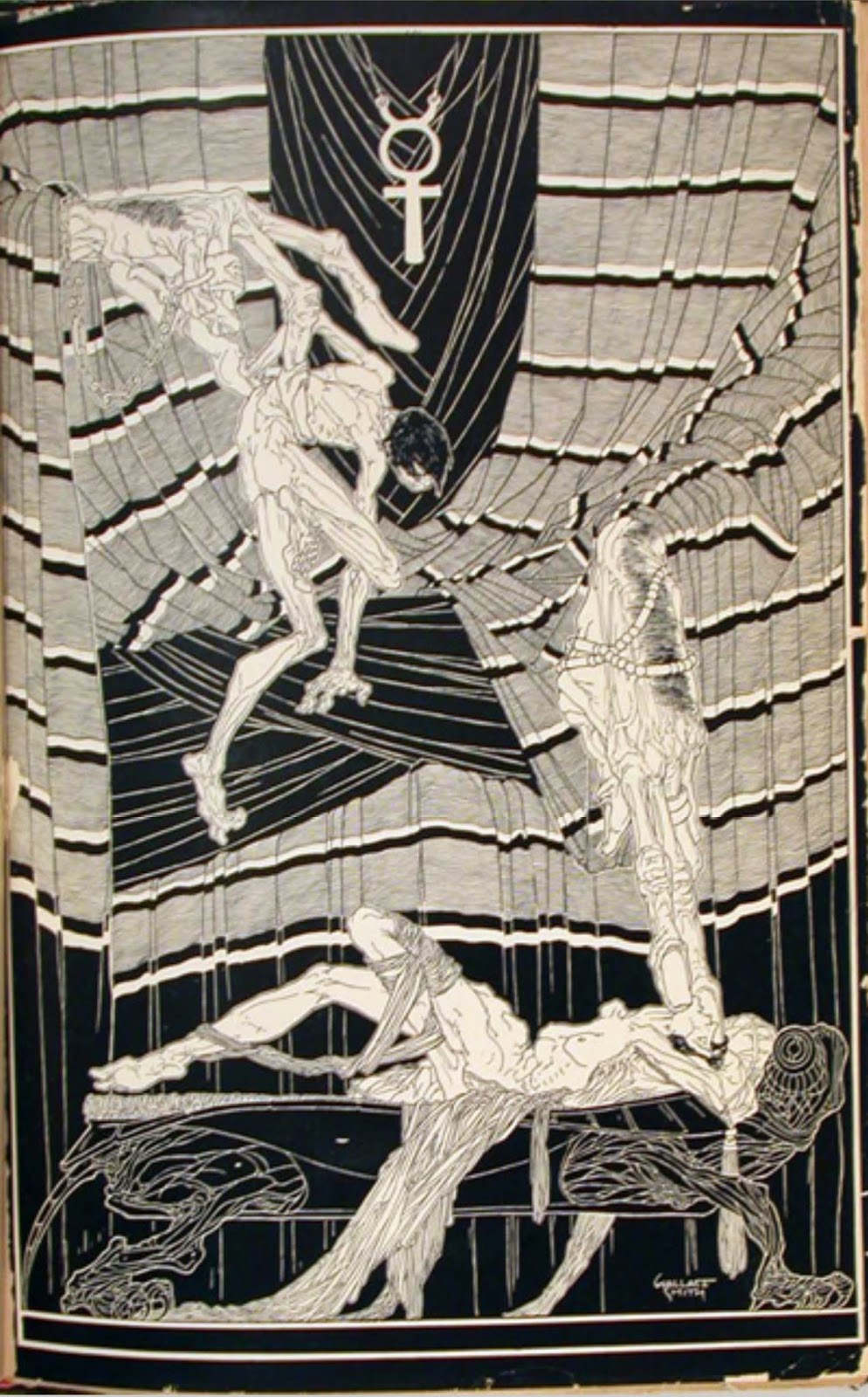 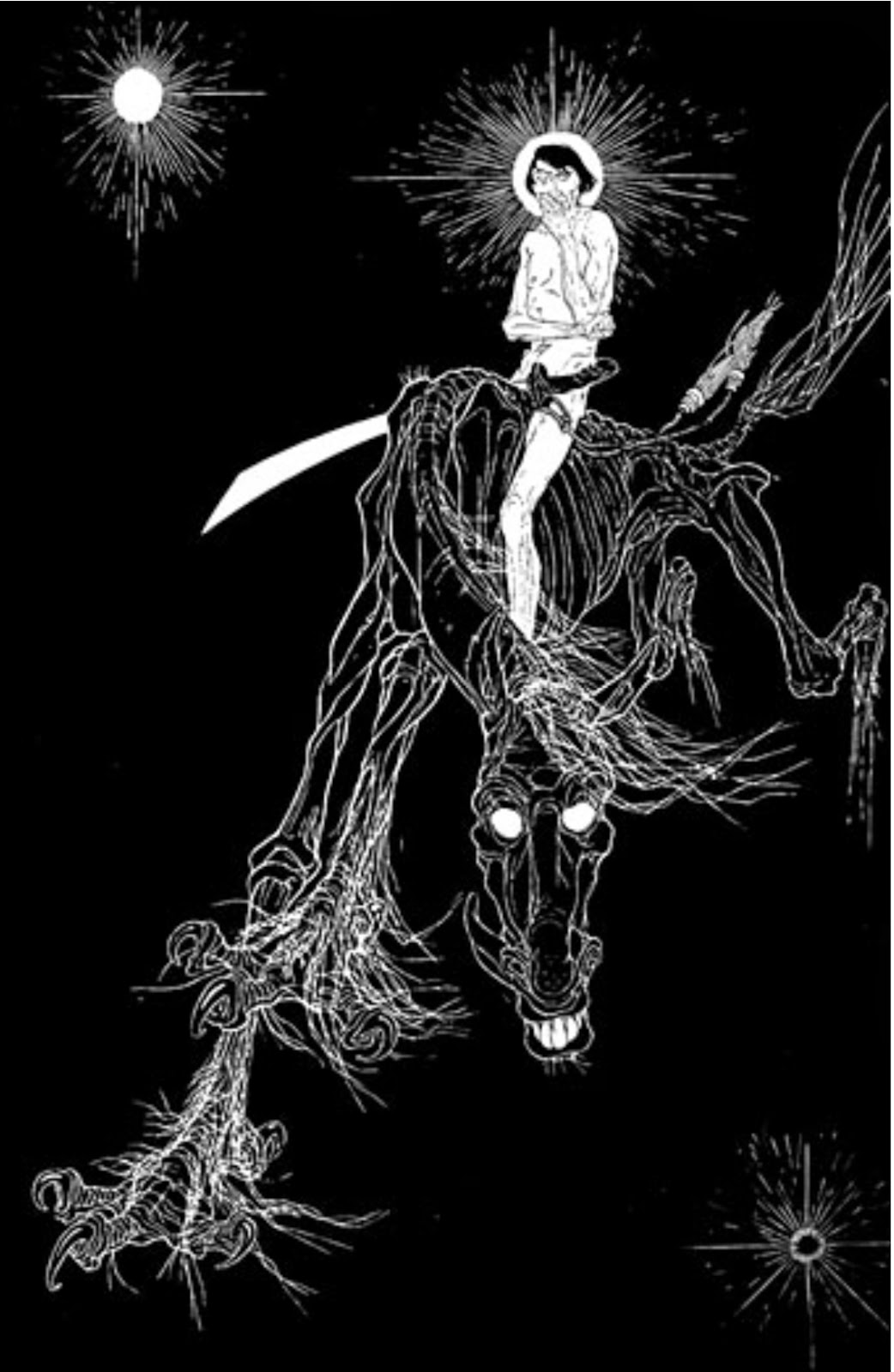 Email ThisBlogThis!Share to TwitterShare to FacebookShare to Pinterest
Labels: Charles Fort, H.P. Lovecraft, Jewish Authors, They Should Have Been in Weird Tales