I assume that Dorothea Gibbons was the well-known British author Stella Dorothea Gibbons, in which case I'll offer a few facts and then refer you to her biography on other websites, including Wikipedia. Stella was born on January 5, 1902, in London and was educated at home, at the North London Collegiate School, and at University College, London. After receiving her diploma in 1923, she went to work for British United Press, later for the London Evening Standard and The Lady. She wrote verse, short stories, book reviews, novels, and a children's book. (Some of her stories have supernatural elements.) Her 1932 novel Cold Comfort Farm won Stella Gibbons her fame, which remains today, even more than a quarter-century after her death.

So here's the part that doesn't fit: By the early 1950s, Stella Gibbons was the renowned author of more than a dozen books. Why would she write for a low-budget and rapidly declining American pulp (or digest-sized) magazine like Weird Tales? I have two suppositions and one slight bit of evidence. First, suppose that Dorothea Gibbons' three stories for Weird Tales were reprints of earlier works by Stella Gibbons or extracts from her novels and not original to the magazine at all. Second, suppose that she and Dorothy McIlwraith, the editor of the magazine, were in contact, Dorothy being a Canadian of Scottish extraction who had an interest in the literature of her family's homeland, especially literature by women. Third, as evidence, consider that the British author and artist Reggie Oliver (b. 1952) wrote an essay called "Stella Gibbons, a Writer and the Supernatural," published in his book Madder Mysteries in 2009. I don't know what that essay holds, as I have not read it, but maybe the mystery of Dorothea Gibbons can easily be solved by consulting it. I hope someone will do that and let us all know. 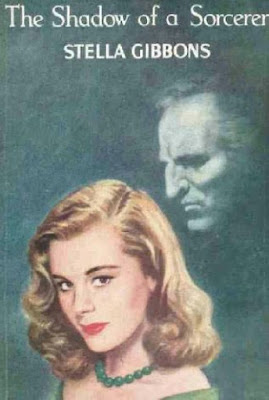