Jack Matthews on HPL--and Other Topics

I have been reading and thinking on my topic Utopia and Dystopia in Weird Tales, looking for sources, too. As Adam Strange would say, "I'm getting an idea." I can tell you that I'm not where I started in all of this. I confess that when I started, I didn't exactly know where I was going. But if you keep at it, you can usually figure these things out. I'm on the track of a couple of sources with intriguing titles. If these pan out, then maybe my thinking is right and something will come of it all. But it will still be awhile.

I found out yesterday that composer and pianist Harold Budd died on December 8, 2020. He was eighty-four years old. As far as I know, Mr. Budd had nothing at all to do with science fiction and fantasy, but his atmospheric music could easily be the soundtrack that plays on another planet, distant and lonely, with stars circling its night sky. He was a true artist, and if he ever made an artist's statement, it might have been this:

"In the best of all worlds, I'd like to reacquaint myself, and by proxy, other people, with feelings that they've forgotten, and to recall them with hallucinating clarity. Because it's important for me, and I don't know why. Because it touches on some aspect of my being that I remember fondly but can't dredge up or something like that. [. . .] Those kinds of moods and those kinds of feelings are paramountly important to me as an artist." (From an interview with Carl Stone on his radio show Imaginary Landscapes, 1998)

I am always on the lookout for books by Jack Matthews (1925-2013). I recently have received a copy of his book Collecting Rare Books for Pleasure & Profit. I have the paperbound edition from 1981. In it there is a chapter called "Detective Novels, Science Fiction and Fantasy," and believe it or not, Mr. Matthews devoted two paragraphs to H.P. Lovecraft. An excerpt:

Lovecraft was an extraordinary man, a member of that long tradition of Anglo-Saxon eccentrics that includes John Dunton, William Blake, Erasmus Darwin, Jeremy Bentham, Johnny Appleseed, and Bertrand Russell. It is no wonder that Lovecraft--with his morbid inventiveness, eccentric manner, and odd name--should become a cult figure. [. . .] In a way, Lovecraft appears never to have outgrown his childhood . . . .] But if he remained something of a child, that child was a febrile, "eldritch" (a Lovecraftian word) creature [. . . .] For many readers, the grotesque inventions and lugubrious fantasies of H.P. Lovecraft are a bit much; but for his disciples and defenders--and they are many and of an interesting variety of temperament and background--he is the creator of dreams and fantasies that are powerful and unique, and his morbidity--like that of Poe--is simply the obverse of genius. (pp. 184-185)

And then in the next paragraph, Jack Matthews went to where I'm going in this series, or at least to one of my two destinations: "Unquestionably the two great modern masters of adventure fantasy are Edgar Rice Burroughs, and H. Rider Haggard [. . . .]" (p. 185) 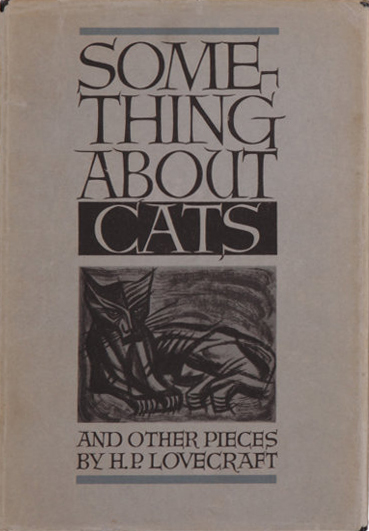