Mars on the Mind

Anyway, Holst began his work by composing "Mars, The Bringer of War," the intended or eventual first movement of The Planets. Holst didn't bring on the war in his composition of "Mars," but it came anyway, war that is, on July 28, 1914, just a few months after he had begun. The Planets made its premiere on September 29, 1918, just a few weeks before the war ended.

Mars was on people's minds in those years. It all began with Giovanni Schiaparelli's observations of what he called canali on the surface of the Red Planet in 1877. Percival Lowell picked up the ball and ran with it in the early 1890s with his own observations of an intricate webwork of canals, as well as other features on Mars. He wrote about these things in three books, Mars (1895), Mars and Its Canals (1906), and Mars As the Abode of Life (1908). His visions of Mars endured for generations, even into the 1960s and '70s.

H.G. Wells carried Lowell's interpretation to a logical and terrifying conclusion in The War of the Worlds (1897, 1898). Finally there came along a lowly pulp story, "Under the Moons of Mars" by Norman Bean, aka Edgar Rice Burroughs, serialized in The All-Story beginning 109 years ago this month, in February 1912. His story was published in book form as A Princess of Mars in 1917. Since then, gazillions of young fans have wanted to be his hero, John Carter, and have fallen in love with Burroughs' princess, Dejah Thoris.

Gustav Holst was influenced by astrology, not pulp fiction, but that hasn't stopped anybody from giving his record covers the science fiction treatment. Here are a few of them. I saved the most science-fiction-y--and the only scandalous one among them--for last. 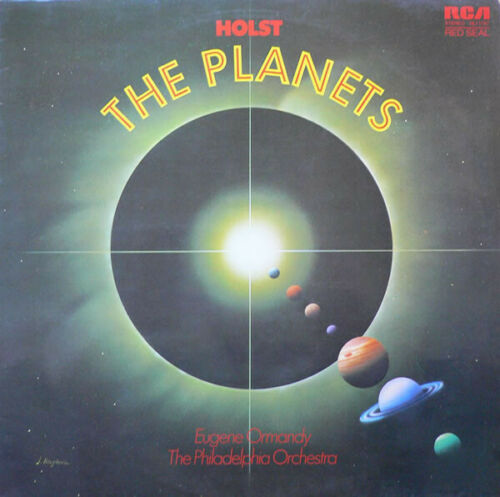 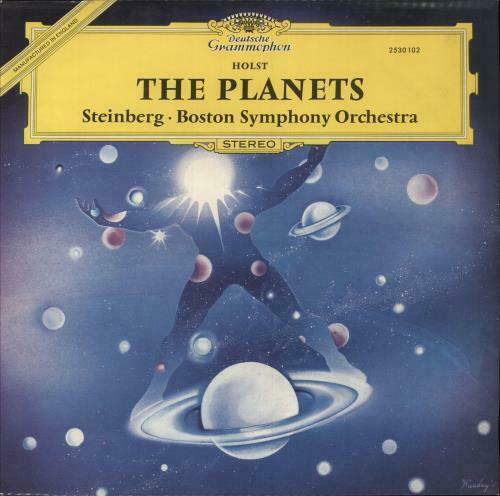