I wrote the other day about Gustav Holst (1874-1934) and his suite The Planets from more than a century ago. Listening to his music and looking into the covers of recordings of his music made me think of two topics related to genre fiction. Both involve Les Baxter. If you haven't listened to Les Baxter's music, I would urge you to as soon as you can. There is so much there for fans of popular culture, especially Exotica and what I think of as one of its progenitors, the genre of Lost Worlds.

Leslie Thompson Baxter, called "the Godfather of Exotica," was born on March 14, 1922, in Mexia, a small city in east-central Texas. His parents were Jesse Elliott Baxter (1890-1955) and Leta Thompson Baxter (1890-1964). Both were native Texans and the families of both originated in the Upper South. Les Baxter had one brother, James Edward "Jim" Baxter (1913-1964), an author, playwright, composer, and lyricist who worked with Les in the 1950s and '60s. Les Baxter married just once, in 1953. He and his wife, Patricia C. Baxter, had two children together. Tragically, she died at age thirty-four, after they had been together for just seven years. Les Baxter raised their children on his own after that. So, at the height of his musical career in the 1950s and '60s, Les Baxter lost his parents, his brother, and his wife. Things are given while others are taken away.

Les Baxter's father, Jesse Baxter, worked as a stenographer, bookkeeper, and realtor, but his family included more than one prominent preacher. His brother, Batsell Baxter (1886-1956), was a preacher, writer, and college president. (More on that below.) Batsell Baxter was the father of Batsell Barrett Baxter (1916-1982), also a preacher, writer, and educator. He started Herald of Truth Bible Hour, a TV show that lasted for decades.

Jesse Baxter's sister, Anna Lee Baxter Hockaday (1892-1970), was married to a preacher, too. He was William Doniphan "Don" Hockaday (1888-1958), a second cousin, twice removed of Abraham Lincoln (1809-1865). If you look at a picture of Don Hockaday, you might see a resemblance to the Great Emancipator. Don Hockaday's daughter-in-law died just last month. We send condolences to her family. We also find that an important idea is once again affirmed: History is alive in this moment. What we think of as being dead and in the past still lives.

Les Baxter was a musical child prodigy. He started playing piano at age five and as a six-year-old won a scholarship to the Detroit Conservatory of Music. The 1940 census indicates that in 1935 the Baxter family lived in Detroit. That would have been about the time, I think, that Jim Baxter attended Wayne University (now Wayne State University). Jim Baxter went on to write the Western novel The Circle on the Plain (1961) and the play Next Case. He also collaborated with his brother Les and songwriter Karl A. Suessdorf (1911-1982) on the songs "Rovin Gal" and "Calypso Boogie" (both from the movie Bop Girl Goes Calypso [1957]), "A Gun Is My True Love" (from the movie The Dalton Girls [1957]), "Shooting Star" (from the album Space Escapade [1958]), "Black Sheep," "Destination Honeymoon," and "Memories of Maine."

Les Baxter studied at Pepperdine University, an institution affiliated with the Churches of Christ. Baxter's uncle, Batsell Baxter, served as the first president of Pepperdine from 1937 to 1939. I suspect that Les Baxter was in attendance at about that time. In the census of 1940, Les, aged eighteen, did not have an occupation listed, but in 1942, when he filled out his draft card, he was employed by Central Casting in Hollywood. By age twenty, then, he had begun working in show business.

Baxter worked as a concert pianist and joined Mel Tormé's vocal group, the Mel-Tones, in or about 1944. The other singers in that group were Betty Beveridge, Ginny O'Connor, and Bernie Parke. Some combination of them appeared in two motion pictures, Pardon My Rhythm (1944) and I'll Remember April (1945). (Baxter played a singing sailor.) Ginny O'Connor soon after married Henry Mancini (1924-1994), another sometime composer of Exotica. (Be sure to listen to his "Lujon.") Les Baxter also played saxophone in Freddy Slack's big band.

Les Baxter was not only a singer and musician but also, of course, a composer, arranger, conductor, and producer of music. He wrote more than 250 scores for radio, television, and movies, including music for the Bob Hope and Abbott and Costello radio shows. I won't go into his list of credits except in the bullet points and record covers shown below. You can easily find his credits on your own on other websites, including on the Internet Movie Database (here). But I wanted to tell you a little more on the life of this extraordinary composer of so much exotic, evocative, and atmospheric music of the postwar era. I also wanted to tell about his influence upon and connections to the old pulp genres of science fiction, fantasy, and weird fiction:

First, as a maker of Exotica, Les Baxter helped to carry some of the moods and forms of more nearly classical music into popular realms of the 1950s through the 1970s. He did this chiefly, I think, by his use of African-influenced percussion, impressionistic woodwinds and strings, and soaring, wordless voices, these first with the Peruvian coloratura singer Yma Sumac (1922-2008), later in other albums of his own. (He produced and composed the music for her first studio album, Voice of the Xtabay, in 1950.)

If you listen to Gustav Holst's Planets (1914-1916, 1918), specifically "Neptune, The Mystic," you will hear wordless voices, but they are in other early twentieth-century compositions, too, such as in Maurice Ravel's Daphnis et Chloé (1912). You can hear the influence of Ravel--Debussy, too--on Les Baxter, but then these two French composers had a large effect on American popular music, especially film scores, in which seemingly every ocean-going movie for decades quoted from Debussy's La Mer. (Be sure to listen, too, to the angelic wordless singing of Edda dell'Orso [b. 1935], who worked extensively with Ennio Morricone [1928-2020] on his own film scores.)

The wordless singing and rapid-fire percussion of Exotica found their way into the main title theme of Star Trek, especially in the first season opening. The music was by Alexander Courage (1919-2008) and I think very much influenced by Les Baxter's Exotica. All of these voices remind me of the high, sweet, otherworldly, vocal group- or choral group-type singing in The Wizard of Oz (1939). Remember that Les Baxter started out in a vocal group, singing with a man nicknamed "the Velvet Fog." Talk about atmosphere.

Third, Baxter composed music drawing from or meant to evoke the genres of Lost Worlds and science fiction (see the record covers below), but he also wrote scores for every kind of genre movie, including: The Invisible Boy (science fiction, 1957), The Lone Ranger and the Lost City of Gold (Western and Lost Worlds, 1958), Goliath and the Barbarians (sword and sandal or heroic fantasy, 1959), Master of the World (scientific romance or Vernian science fiction, 1961), Reptilicus (monster movie, 1961), Tales of Terror (weird fiction, 1962), Panic in the Year Zero! (post-apocalypse, 1962), and many others, plus plenty of beach-party and motorcycle exploitation movies.

Fourth, he also wrote the score for The Dunwich Horror (1970), the first movie based on a work by H.P. Lovecraft (1890-1937) that also shares its title with the original source. (I think.) So if a movie score is a kind of program music or a kind of adaptation, then Les Baxter might get credit for the first musical adaptation of Lovecraft's work on film. However, the first film adaptation of a work by Lovecraft was actually The Haunted Palace (1963), a film based on "The Case of Charles Dexter Ward" (1927, 1941, 1943). The author of that score was Ronald Stein (1930-1988), whose list of credits might be indistinguishable from Les Baxter's, for these two men wrote music for all of the same kinds of movies. Anyway, Ronald Stein should probably get credit for the first recorded musical adaptation of H.P. Lovecraft's work, assuming, like I said, that a movie score is a kind of program music and therefore an adaptation. (See my article "The Other Forms of Lovecraft," dated October 2, 2018, by clicking here.)

Well, this article has gone on pretty long and it might be time to wrap things up. I'll close by letting you know that Les Baxter died on January 15, 1996, in Newport Beach, California. He was seventy-three years old, but in departing he left behind music that I hope we can listen to forever. 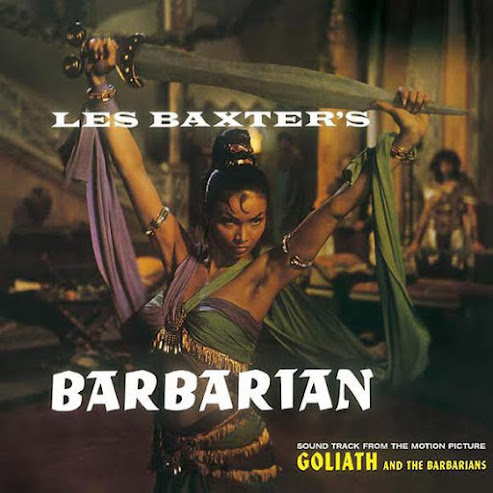 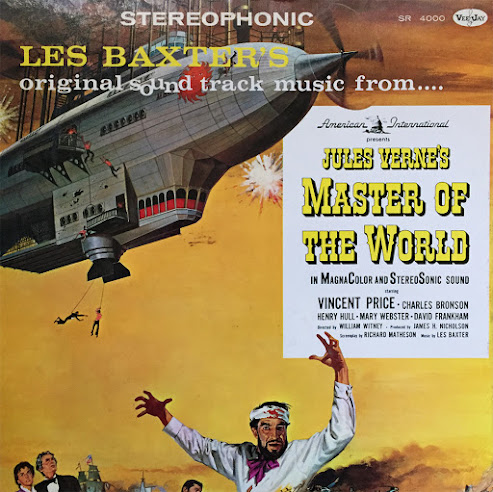